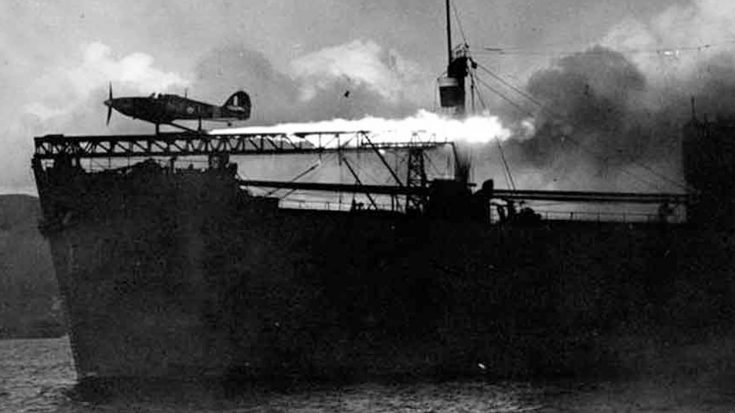 Serving aboard a merchant marine vessel was probably the most dangerous job of World War II. These ships were at constant risk of attack from Luftwaffe bombings and sneak attacks from German U-boats. Merchant vessels needed all the help they could get and their desperation even provided defense in the form of an onboard fighter, the Hawker Hurricat.

The Hawker Hurricane was one of the definitive fighters of WWII, in combat missions against the Axis Powers. The success of the Hurricane made it a favorable choice to defend to Merchant Marine Vessels in the form of the modified Hawker Hurricat. This fighter would be launched from the deck of a ship via a catapult and with assistance from rocket propulsion. 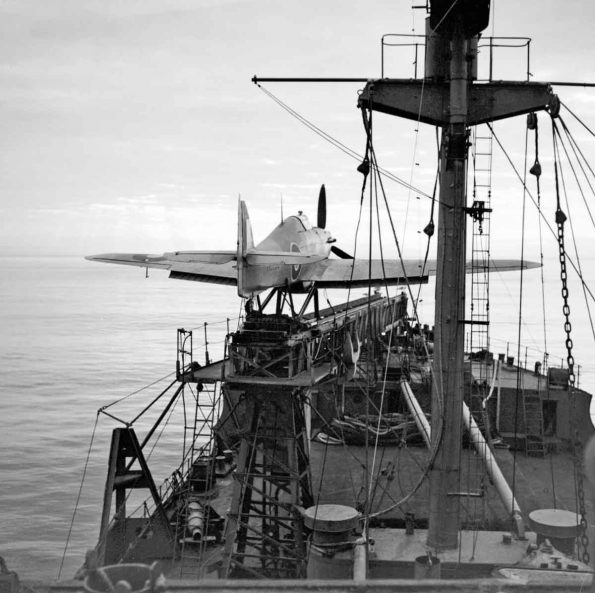 Having a Hawker Hurricane to protect a vessel from attack seemed like a good idea at first, but they soon learned its drawbacks. They didn’t face many issues with launching the Hurricat, the problem they faced was landing it. A ship out at sea lacked a proper surface and there usually was not a nearby area of land so pilots were forced to bail from the plane and ditch it into the sea. This practice was not very cost effective, and its low kill ratio showed that it was more trouble than it was worth.

A potential suicide mission throwing away a perfectly good aircraft was hardly practical. You can see the development and tactical side of the Hawker Hurricat in this clip.