The Soldier Who Threw Himself On A Grenade 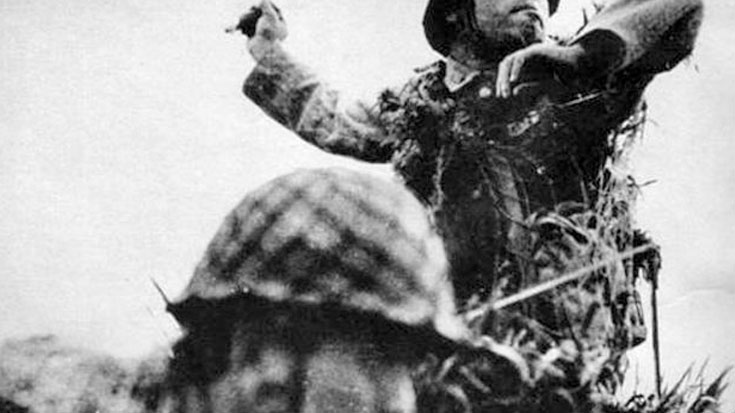 The definition of courage is to find strength or bravery in a moment of fear. All heroes experience this and fight for the greater good against their fears. Sergeant-Major John Robert Osborn was a hero who made the ultimate act of self-sacrifice when he threw himself on an enemy grenade to save the lives of others.

John Robert Osborn was born on January 2nd, 1899 and had an extraordinary life as a soldier. Osborn served in World War I with the Royal Naval Volunteer Reserve and later stationed in Jamaica as a grenadier and his unit would then be transferred to Hong Kong in 1939. It was there in Hong Kong where Osborn would have his final and most heroic act.

With the outbreak of World War II, the Imperial Japanese Army invaded Hong Kong in their conquest of East Asia. Osborn’s group of grenadiers would not let them take the island and fought back against impossible numbers. Osborn’s unit was positioned on a hilltop as the Japanese launched an attack. The Japanese Army surrounded his group and began throwing grenades but Osborn picked them up and threw them back. Eventually one of the grenades landed where it would be impossible to hurl it back and in an instant Osborn threw himself on top of it. He was killed instantly but saved the lives of his entire unit.

John Robert Osborn’s actions were not forgotten, he was posthumously the Victory Cross and a statue commemorating his heroism was erected in Hong Kong. Simple History depicts his heroism in the Battle of Hong Kong in this clip.