The Sound of the B-25 “Grumpy” Startup 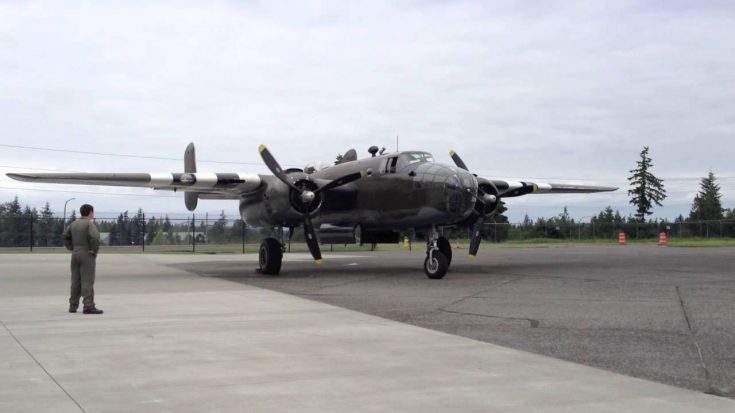 For an aircraft named Grumpy, she sure does sound more than happy to impress.

Historic Flight Foundation’s B-25D “Grumpy” was delivered to the Air Force on October 27, 1943. The aircraft would then fly a total of 1,551 hours before being sent to the Royal Air Force. Grumpy was one of the seventy B-25Ds included in the lend/lease program in 1944.

After the war, Grumpy had a short stint with the Northwest Air Command until she was sold to various private owners. It wouldn’t take long for her to become a fan favorite for years until the foundation purchased and restored her in 2008.