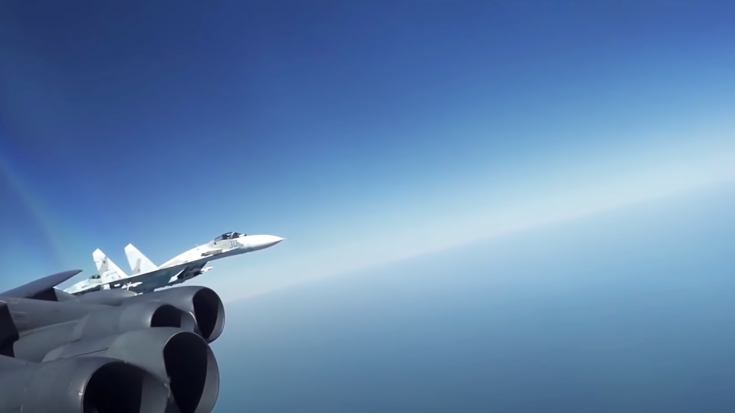 This topic seems to have formed a divide between the media and warbird enthusiasts. For some, it would look like the SU-27 was trying to sabotage the B-52 during its flight. But according to others, this SU-27 was just paying his respects to the crew before flying ahead of the bomber to show off.

The confusion came from the maneuver that the Russian plane did. “Headbutting” is considered to be hazardous and unsafe which had no use in that interaction except to disrupt the B-52. However, this was all just a misunderstanding, said the other side. Apparently, a pilot “rocking its wings” counts as a greeting and a sign of respect. Everything was all in good fun, they reiterated.

What do you think? Was it shared respect between two pilots or was it a dangerous act by the Russian pilot?