The Troops Were Ambushed, So The A-10 Was Called And Saved The Day 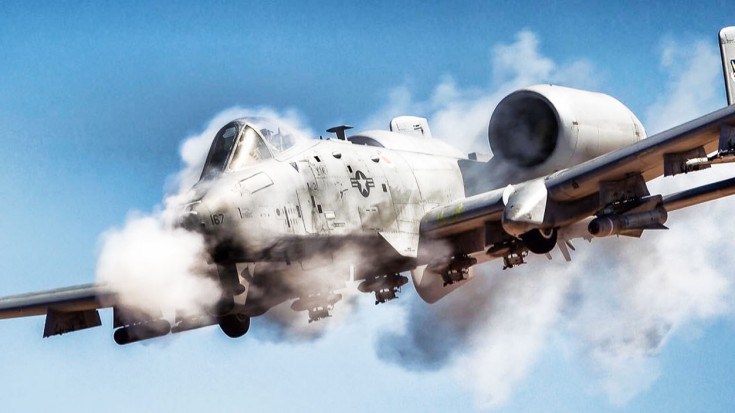 This Pilot Is Just As Resilient As His Warthog

On June 28th, 2012, 90 coalition troops were ambushed in a valley in eastern Afghanistan. With visibility down to zero due to a storm coming in, the enemy, knowing the area, moved in for the kill. Luckily, there were two A-10 Warthogs nearby doing surveillance. Their mission was immediately switched to close-air support which eventually turned into the biggest and most iconic air to ground battles of the war.

The forces on the ground were in a gun fight for 13 hours before the A-10 gave them enough breathing room to make it to the evacuation chopper.

The two pilots involved were Lt. Col. Paul Zurkowski and Maj. Christopher Cisneros. Low on fuel, they gave cover to the soldiers below who were literally getting hammered until they practically flew on fumes. Without their support, all the guys on the ground agreed that they’d be dead. Zurkowski was given the Distinguished Flying Cross for his efforts, getting hit two times from small arms fire as he flew below the heavy rain clouds and right above the tree line. In this clip, you’ll also be treated to the actual gun camera footage, so enjoy every minute of it.