This Vulcan Flight Brought Everyone To Tears 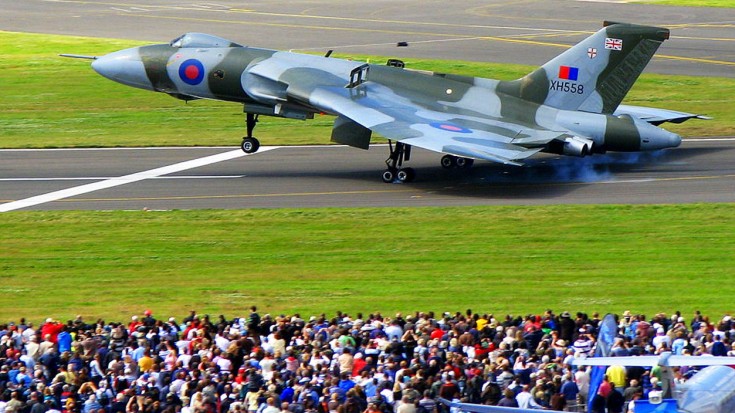 That Was A Beautiful Flight. No Doubt About It.

This was actually one emotional flight, especially for people in England. On October 28th, 2015, the last airworthy Avro Vulcan took to the skies and gave spectators something really beautiful to look at. With all her power and grace, she swooped around the spectators, who by the way, were kept in the dark until the last minute.

The name of this Vulcan is The Spirit of Great Britain, which explains the emotional attachment of both the commentator and the spectators.

In fear of attracting too many people who’d swarm the airfield in hopes of seeing her fly for the last time, the airshow was kept secret until the last minutes until takeoff. If you don’t know, the Vulcan is a delta wing strategic bomber which is one of the most unique aircraft ever built. Hence the willingness of people to come and see this historic event.

First taking off in 1952, just seven years after the end of World War II, it was immediately a hit. With its range, speed and service ceiling, it was among the top most technologically advanced aircraft of the time. Able to fit Britain’s first nuclear bomb, this was their pride and joy.

She served well over the decades however, her airframe was stressed and she had to be grounded. The words at the end of the landing really hit home and couldn’t sum up her service any better. Check it out.