The World’s Biggest Plane Faces An Even Bigger Problem 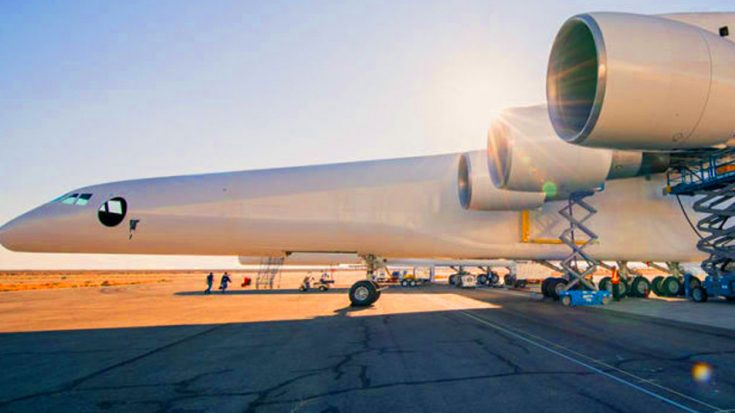 Last year Microsoft co-founder Paul Allen debuted the world’s biggest aircraft, the Stratojet. This jet left a mark on the world as the masses were blown away by its six massive engines and wingspan bigger than a football field. The Stratojet is a miracle of aviation simply because it all came together successfully, but now it faces a problem even bigger than itself.

“Right here in front of us is a very large mistake.”

The Stratojet was not designed simply to be the biggest aircraft in the world, but it has a purpose. The primary function of this jet is to haul satellites into orbit for commercial and research purposes. However, there have been some doubts if the Stratojet will be able to accomplish that task due to growing competition in that field.

Paul Allen’s chief rival in that area is Elon Musk who is making big steps in rocket technology with his company SpaceX. Amazon Founder Jeff Bezos is also jumping into the private space industry with his reusable rockets known as Blue Origin. It seems like all of the billionaires are entering this field and it might be Stratolaunch that gets snubbed in favor of reusable rocket technology.

Stratolaunch has yet to fly and its competitors are already beginning to launch satellites into orbit. Unless they speed things up the world’s biggest aircraft could be just another big idea without execution.