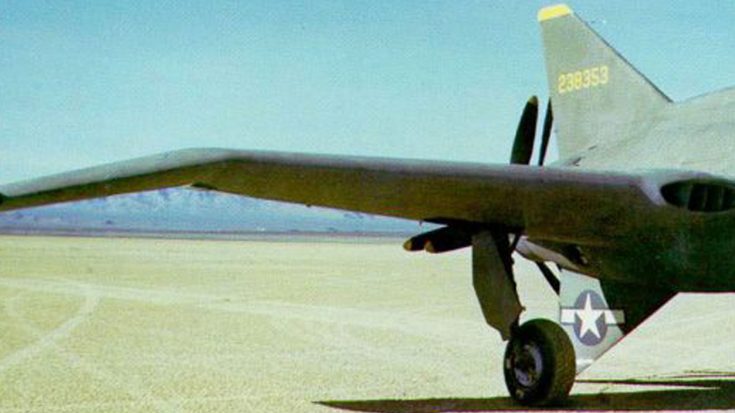 World War II was a time of urgency and that lends itself to innovation. Companies such as a Lockheed, Boeing, Douglass and Northrop built more than 300,000 aircraft during WWII. There were several experimental aircraft that did not see combat, the XP-56 is one such plane.

The Northrop XP-56 Black Bullet is among the most radical designs of any American plane during World War II. The creation of the Black Bullet stems from a contest held by the United States Government to create a fast plane with attack capabilities. Due to its role an interceptor, it would not have much use as opposed to more versatile fighter planes. The lack of a tail also proved problematic for controlling direction resulting in the injury of a test pilot.

Similar to the German Me 163 Komet but compared to other fighters it could not hold up as well and became a hazard to its own pilots. The XP-56’s design was radical, that’s for sure but Northrop would have greater success in later years. Footage of the early experimental WWII aircraft is seen in this clip.