There It Is! The Best RC Video We’ve Ever Seen 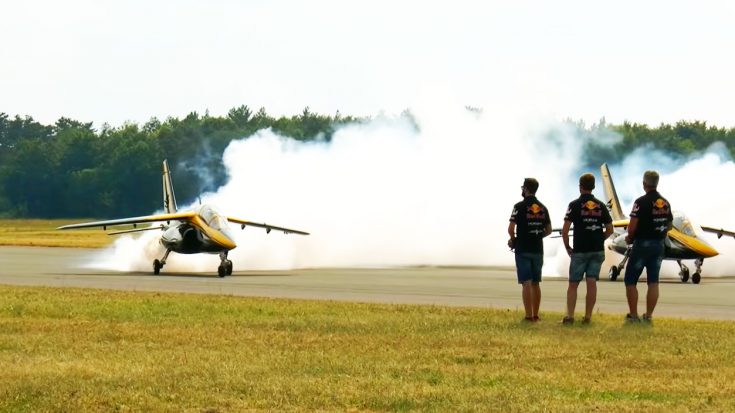 In June 2018, a town in Germany hosted an RC event called Modelltage Thüringen Schöngleina. It was the 10th time this annual airshow was hosted and it attracted some really gifted pilots and builders.  Although all of the people who came are worthy of mention, the highlight video we found below definitely takes the cake for both the build and the flying.

The team is seemingly sponsored by Red Bull looking at their shirts which means these guys had some money to throw around. What they did is build two massive 1:2.58 scale Alphajets. Here are the specs:

Not only are these things massive, but the pilots were also spectacular. The models came with smoke to add to the effect and these guys did some of the best RC formation flying we’ve seen in a while. You can see that with your own eyes in the video below.

As for their pick, Alpha Jets are quite rare. Only about 500 of them were built by Dassault/Dornier back in the late 70s and are still used as light attack aircraft and trainers. As of this writing, they’re used by France, Cameroon and Royal Thai air forces.