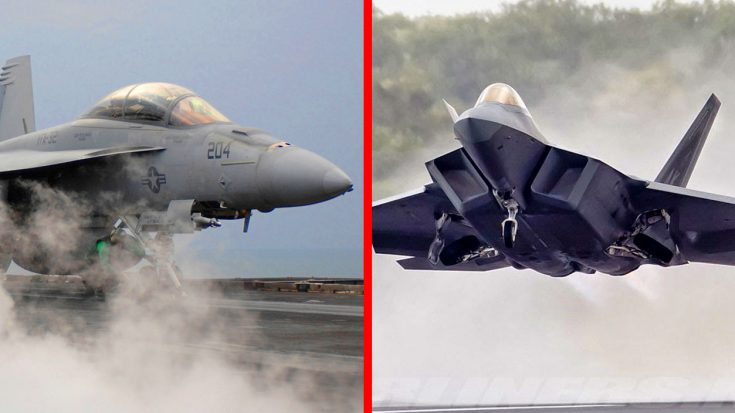 The most important rule of any fight is “Don’t get hit” if you get hit you’re dead. These days you see stealth fighters, stealth bombers, radar-evading this and that all over the board. Stealth is a very difficult and expensive technology but is the final result actually worth it?

You see many foreign nations developing aircraft without stealth such as Russia which claims that their fighters are so advanced that they don’t need it. However, the United States bases their whole Fifth-generation fighters around the concept of stealth technology. It becomes a cost issue because stealth is difficult to develop and expensive to maintain.

You also see the United States Navy prioritizing aircraft without stealth, opting for the EA-18G Growler to disable enemy radar. The Growler has been proven to be very effective when it comes to subduing enemy radar, but the Air Force doesn’t want to admit this because it would diminish the need for the F-35.

There are some Air Force officials who admit that stealth aircraft are much more effective when paired with Growlers jamming radar at the same time. Stealth at its most effective will merely reduce a jet’s radar signature down to the size of a bird, but if an enemy gunner sees a bird soaring at 1,000 miles per hour they are more than likely going to fire some shots at it.

The whole reason aircraft have stealth is survivability to protect the lives of the pilot and the aircraft itself. The Air Force has made a $100 million investment in these aircraft, so it makes sense to throw a couple more dollars into ensuring it doesn’t get destroyed. On the Navy’s side, these aircraft are emerging from a 1,000-foot long aircraft carrier and because they operate within range of that large vessel that is kinda difficult to put stealth around, so it does make it less effective for Navy fighters.

So where do you stand on the issue of stealth? Is it worth the extra cost to avoid the hits or does it feel like an unnecessary cash grab add-on?