These A-1 Skyraider Shots Are Truly Mesmerizing 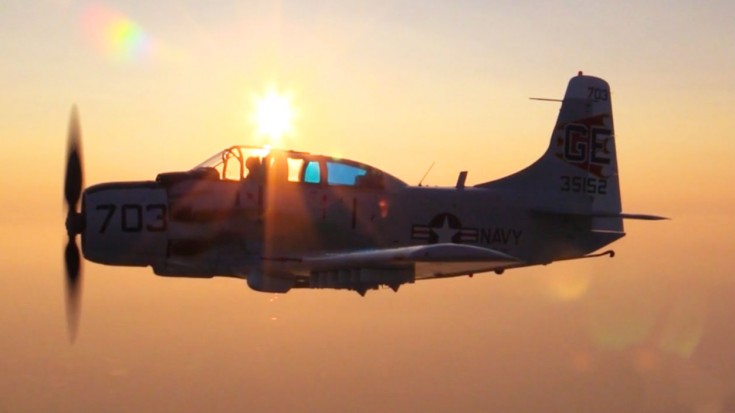 A-1 Skyraiders are single seat attack aircraft that first flew in March of 1945 but were never integrated into the fight during World War II. Although a prop plane introduced at the beginning of the jet age, “Spads” as they were called were produced until 1957 as they performed extremely well during the Korean and Vietnam Wars. Their successful designe led to them being used by the USN, USMC and the USAF.

This particular warbird served with the Carrier Airborne Early Warning Squadron Twelve which was nicknamed “Bats.”

This particular Spad was manufactured in 1955 with the Bu. No. 135152. It was delivered to the Navy and served for 57 years until it was retired in 1962. In 2008, the Cavanaugh Flight Museum acquired this tested warbird and added it to their airworthy fleet for spectators to enjoy.

This museum also boasts many other World War II warbirds including Corsairs, Mustangs, Thunderbolts, Bf 109s and many others. Located in Addison, Texas, you can check out most of these awesome warbirds for only $10 but they also offer rides on some of their warbirds which are a bit more expensive but hey, well worth it!