These Guys Are Simply Crazy. They Didn’t Even Budge! 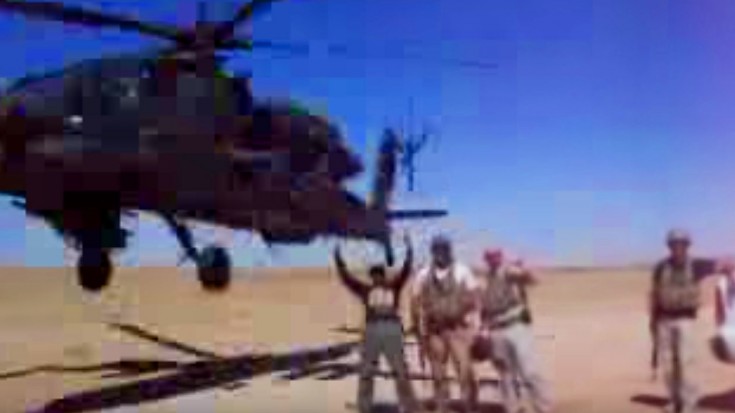 It Must Have Been A Cool Picture Though

When you’re somewhere new, you always want to take a great picture with your buds. The soldiers in this video wanted to do exactly that, but in the desert, there’s not much scenery to take in so they orchestrated something spectacular. Assuming they knew the Apache pilot well because they trusted him with their lives, they made him fly past them extremely low to take a quick picture. In all honesty though, they’re insane because they had their back to the chopper and didn’t even budge when its wheels were low enough to hit them!

The AH-64 Apache is a four blade attack helicopter designed in the 70s for the U.S. Army.

The Apache, now manufactured by Boeing, is a state of the art attack helicopter that has been in operation for almost 30 years. With over 2,000 of them produced,  they have been upgraded over the years to keep up with emerging technologies. The AH-64D variant for example, costs three times more than the basic version of the Apache. Nicknamed Apache Longbow, this variant is capable of tracking 128 targets and engaging 16 of them at once through its fire control radar.