These Guys Might Have Too Much Time On Their Hands, But This Is Spectacular 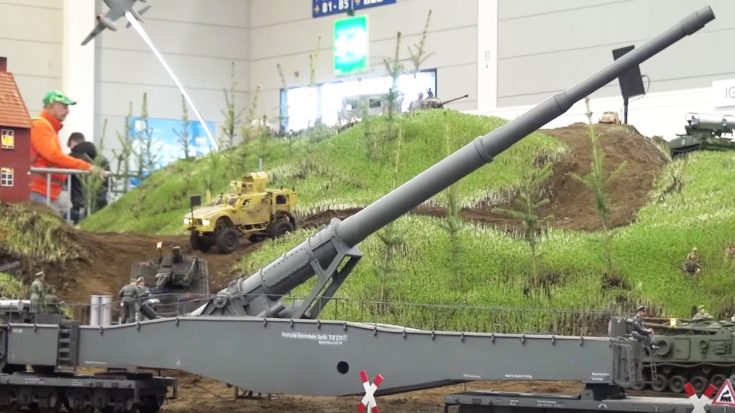 Although we’re definitely aviation fans, at heart we love everything that has to deal with war history. From aircraft to artillery to strategies and tactics, if it’s interesting we love to learn about it and share it with you, our readers.

This also includes Rcs as well. As a lot of equipment of the past was scrapped and long forgotten (and many times only a single example of a piece of equipment was made,) Rcs can bring back to life a lot of fun goodies. Such is the case with this German Railway Artillery Gun.

The Rc version that you see in the video is that of the Krupp K5. It was a heavy railway gun of which 25 were produced by Nazi German during World War II. Its main barrel packed a massive punch as its 11.1-inch caliber projectiles weight over 530 lbs each.

Named Robert and Leopold by its crews, this railway gun was invented back in 1934 and was first used in war during the Invasion of France in 1940. During that time, there were some kinks to be worked out as the barrels were splitting but after correcting the problem (which was rifling), these railway guns served faithfully until the end of the war.

You can see the real thing in action in the YouTube video above and a finally crafted Rc version below.