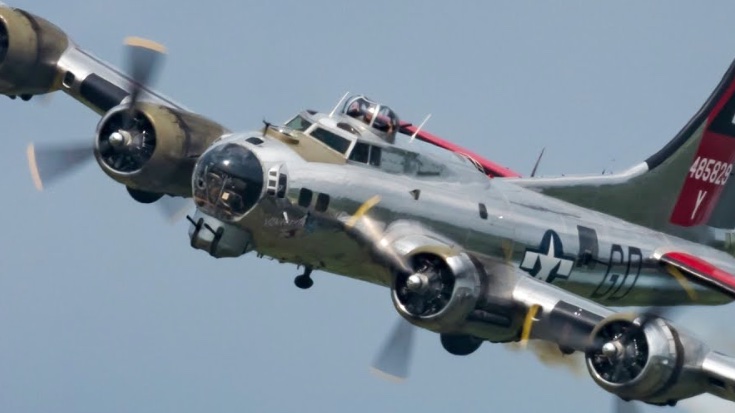 The B-17 Flying Fortress, the bomber that stomped the Third Reich into oblivion. There is much to be said about this majestic plane and its rich history, but I think most people would prefer to see it in action.

Boasting a payload of over 4,000 lbs of bombs and 13 .50 inch guns, the B-17 was not a bomber you wanted to mess with. Yet, Germany had no choice but to mess with it or face destruction at the hands of its powerful bomb loads. Although being a crewman about a B-17 was considered to be one of the most dangerous jobs of the war due to taking flak hits.  You were considered lucky if you survived three missions aboard a B-17.

The B-17 did its part to win the war in Europe, but sadly only 47 of the 12,000 build still survive to this day. So you can imagine how wonderful it is to witness not just one but two of them soaring the skies at once. Check out this stellar footage put together from AirshowStuffVideos to see Texas Raiders and Yankee Lady doing what they do best at Thunder Over Michigan.