These Me-262 Shots Will Make Your Day 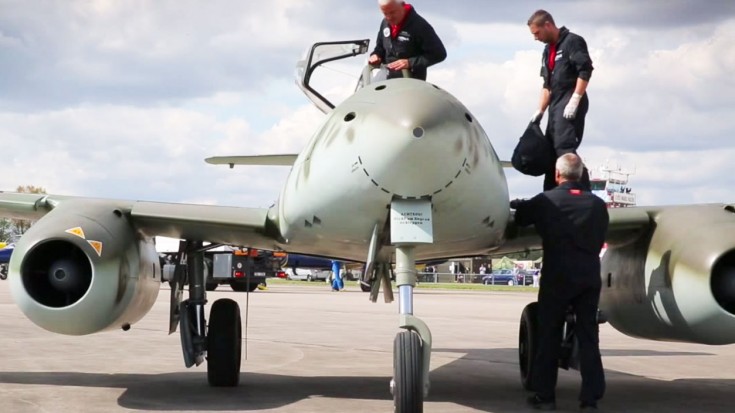 The Best Part Is That This Is Just The Beginning.

This heart pounding footage was taken at the Czech International Air Fest in 2015 and features the first operational jet of World War II, namely, the Me 262. Although just a trailer for now, the German Museum that replicated this awesome warbird named Flugmuseum Messerschmitt has hours of footage of this show. They’re promising that they’ll release the cockpit video of the Me 262 without music, something that we’ll be on top of to share with you. For the time being, enjoy the many amazing perspectives of this show and get excited for more clips to come!

Here’s a short overview of the two planes in this video:

The Flugmuseum Messerschmitt which operates this Me 262 in this video is located in Manching, Germany. Opening its doors in 1998, their mission statement is to commemorate the work of Professor Willy Messerschmitt who was responsible for most of the modern designed planes of World War II. His Me 262 paved the way for the subsequent ‘jet age’ that propelled a new era in aviation and design.