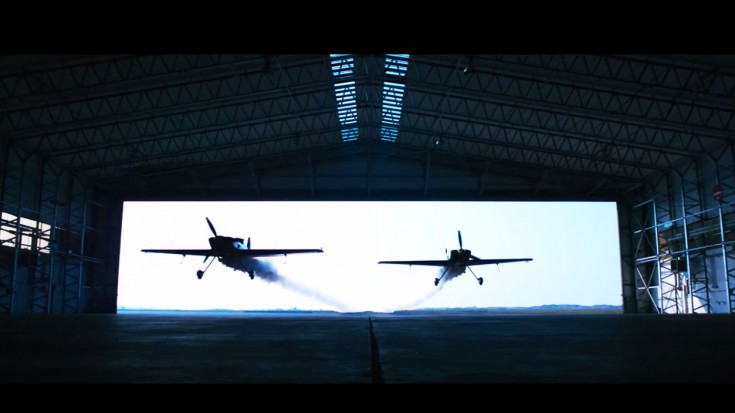 Practice Makes Perfect As They Say

Paul Bonhomme and Steve Jones have been doing some crazy flying together for a while as part of the Matadors Aerobatic Team. Racing against each other during the Red Bull Air Race World Championships, these pilots are no strangers to high speeds, tight turns and pulling Gs.

Besides that however, they love their stunts. The faster and tighter the better and as you’ll see in this footage, it doesn’t get more white knuckle than this.

As these guys would tell you, ‘one false move’ doesn’t even begin to describe what this stunt requires.

We don’t want to ruin the whole experience, so we’ll just say that there are inches involved, both from wing to wing and from fuselage to the ground. Flying in the Zivko Edge 540s, these highly nimble aircraft are the best ones to use when attempting this feat. With an incredible roll rate of 420° per second and rate of climb of 3,700 ft. per minute, these babies are awesome to fly in experienced hands.