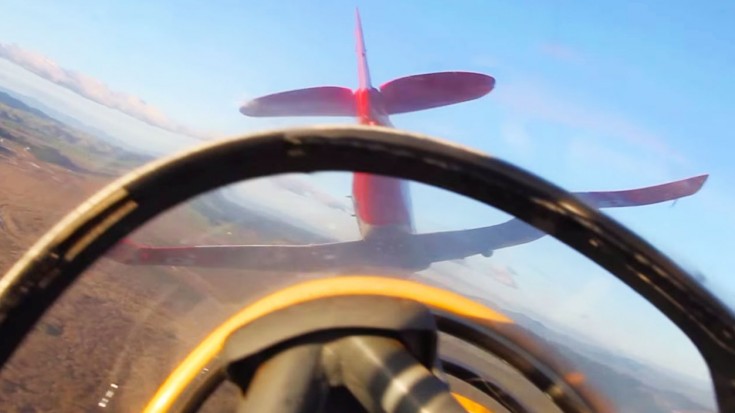 Most Of Us Would Probably Trade Our Jobs To Do This

The North American Texans Aviation T-6 Texan was a single-engined trainer aircraft which first took flight in 1935. It was used primarily as a trainer aircraft for the Untied States Navy, the Royal Air Force as well as other air forces around the world. They were given different names in other countries and air forces such as the SNJ, AT-6 and Harvard.

Here are some of their key specs:

Since 15,495 of them were produced, there are many airworthy T-6s flying today, often used as stunt planes when modified. Also, their appearance is similar to the Japanese Zeros, and you’ll often see them repainted to look like them in movies and airshows. After World War II, the National Air Races established a special racing class for the Texans, which you can see annually at the Reno National Air Races.