These Two Warbirds Will Give You Goosebumps 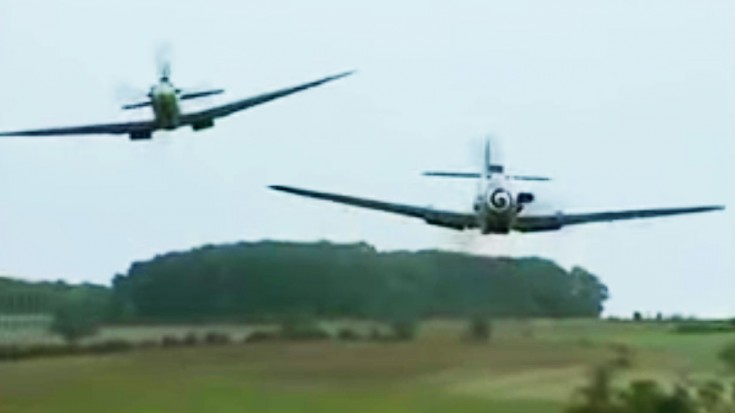 A Spitfire And Bf 109 Make Lots Of Noise

These were the ultimate rivals during the Battle of Britain. To be fair, Hurricanes did a tremendous amount of fighting as well, but unfortunately this video does not include one. The Spitfire and Bf 109 chase each other through the air and come in hot towards the ground buzzing the cameraman. When it comes to seeing two planes reenacting a dogfight nowadays, that’s one of our favorites.

At the beginning of the war, the greatest advantage the Bf 109s had over British fighters was fuel injected engines.

Until 1942 when Spitfires were fitted with pressure carburetors, Luftwaffe pilots had one major advantage over Spitfires and Hurricanes. When having a RAF fighter on their tail, their fuel injected engines allowed them to simply make a nosedive to avoid them. Since Spitfires used carburetors, giving chase would cause initial fuel starvation which later led to overflowing the carb due to negative ‘gs’. Before remedying the issue, RAF fighters were taught to half-roll their planes in order to feed the engine before diving.