This C-130 Takes The Cake For Buzzability-INSANE! 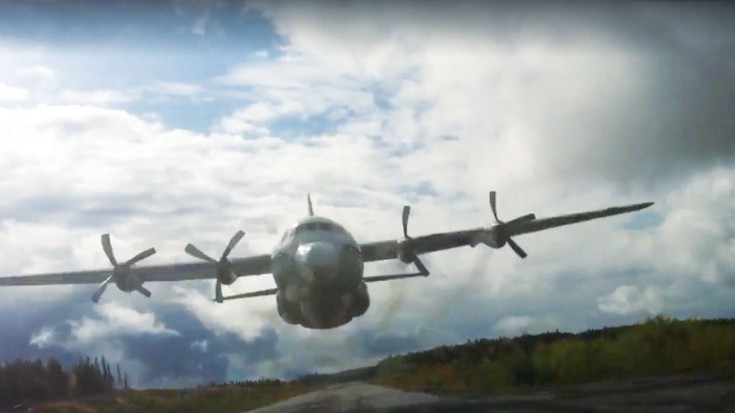 Lets start off with the fact that this wasn’t a LAPES (Low Altitude Parachute Extraction System) delivery. In those cases C-130 Hercules get really low to the ground to drop off cargo if accurate parachuting isn’t an option.  We’re saying this because in those cases they might get slight lower than that.

C-130 Hercules are four-engine turboprop transport planes which have been around since 1954.

What this means is that in the video you’ll just see a good ol’ fashioned flyby just for the heck of it. There was no reason for it other than to get a good shot of the plane, and also freak out the guy on the ground a little bit too.

We’ve dug around the internet as the video description didn’t really offer any information. We found somewhere that this is probably a C-130 owned by Lyndon Air Cargo, a transportation company from Alaska. Now, we don’t want to throw anyone under the bus so we’ll explicitly say that we’re not 100% sure about that. You know, the FAA can be a drag sometimes.

Enjoy the video though. We bet you’d have the same reaction as that guy recording this.