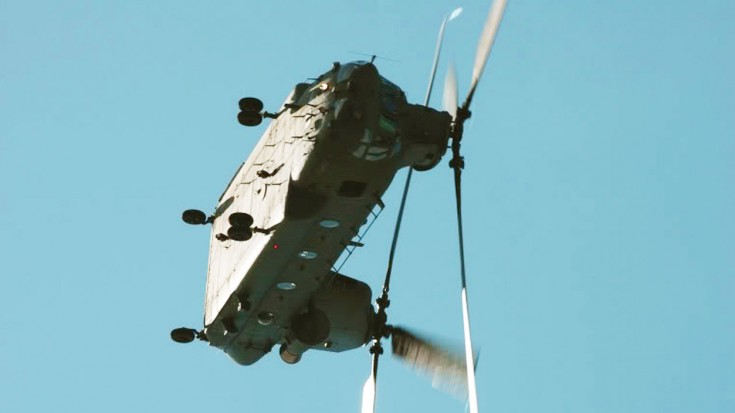 Probably Not The Pilot’s First Rodeo!

This great aerobatic performance was captured at an airshow in England some years back. What the spectator caught might look like a dangerous situation during some bits, but that’s is certainly not the case. What you’ll see here is both the agility of the CH-47 Chinook and a pilot who knows what he’s doing.

Swaying from left to right as well as spinning practically on its axis, the guy behind the stick was in control the whole time despite the look of it. It’s an astounding display of the capabilities of a helicopter that when you think of it, was designed over 50 years ago.

Chinooks, designed and manufactured by Boeing, are two-engine heavy lifting helicopters. They’re used mostly for transporting troops as well as equipment and is also capable of picking up external cargo as well. Along with the C-130 Hercules, this helicopter is still continuously produced as there is simply nothing better to replace them.

Aside from heavy lifting, they are also one of the fasterst helicopters in the U.S. inventory, having a top speed of 196 mph. Now, combined with the maneuverability you’ll see in this video, there’s simply nothing better.