This Corsair Low Fly-Pass Will Give You The Chills: Insane Speed! 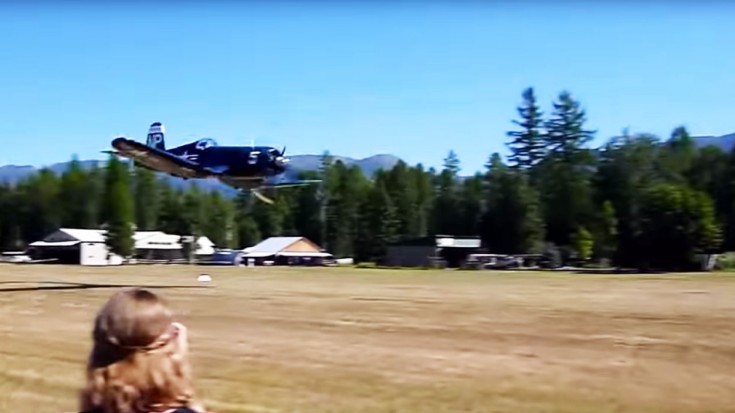 The Little Girl In This Video Had No Idea What Just Happened. So Fast!

This is the best fly-pass footage of a Corsair we’ve found to date. While you can hear the Corsair approaching, it takes but 2 seconds from the time you see it as a dot to it being directly over the spectators heads. You can even hear the lady calling the Lord’s name a few times, each time with more panic in her voice! This is a really fast, really low flyby 🙂

The Corsairs were first fitted with the Pratt & Whitney R-28000 Double Wasp radial engine. This was the largest engine available at the time and generated 2,000 horsepower. This made it an extremely fast fighter at the cost of visibility however. Because of the size of the massive engine, the Corsairs had what was dubbed by pilots as ‘hose nose,’ meaning, to accommodate the engine, the front was extended, blocking some of the pilots view.