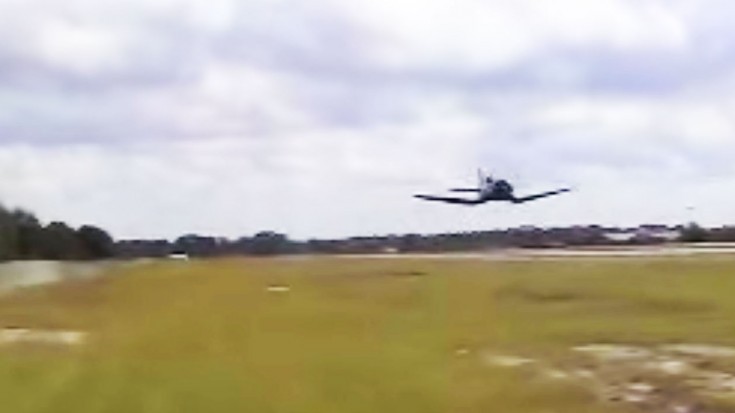 The F4U Corsair is one of the most beloved World War II fighters, having shot down thousands of Zeros in the Pacific Theater. It’s also the aircraft most dearly associated with Gregory ‘Pappy’ Boyington who was an American ace pilot and a war hero. For these reasons, getting to see videos like this one is so thrilling. After hearing all these stories, it’s really amazing to see a Corsair buzzing the ground right in front of you. We can only see it in the video, but this lucky guy was actually there!

In the Pacific Theater where they were mostly used, the Navy counted an 11:1 ratio against the Japanese Zeros.

Corsairs were designed and manufactured by the company named Chance Vought under the designation F4U. Since the design was so successful however, the orders for this aircraft overwhelmed Vought and they were licensed to Goodyear and Brewster which designated them FG and F3A respectively. Originally produced in 1942, these excellent fighters were manufactured up until 1953.