This Declassified Footage Of Flying At 70K Ft. Is Breathtaking 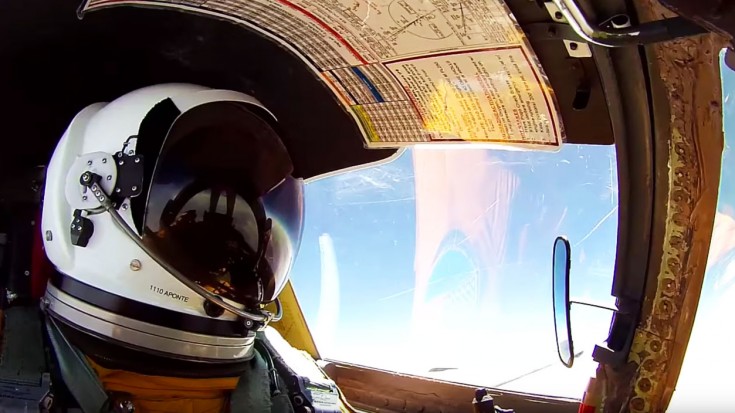 This amazing footage was provided by the 9th Reconnaissance Wing of Public Affairs. Spliced together to show you the best parts including the takeoff, high altitude flight and landing, this is one of those videos you just sit back to and enjoy.

There’s actually something very soothing about it too. The hum of the air outside and the jet engines. The beautiful curvature of the earth at that altitude. The seclusion.

Overall, it could make one reconsider whatever career they chose instead of being a U-2 pilot.

Tying this to World War II, a new strategic aerial reconnaissance plane was requested by the U.S. military right after the war to determine what the Soviets were planning.

These once top secret high-altitude reconnaissance airplanes were designed right after World War II and took flight for the first time in 1955. Wanting essentially a spy plane to see what countries such as now Russia, China and Cuba were up to, Lockheed proposed an aircraft that could fly at 70,000 ft. It was then believed that other countries did not have the technology to shoot down or even track such an aircraft.

This is how the U-2, often called “Dragon Lady,” was born. These black birds are still in service today and here’s another great fact about these warbirds that might make you laugh a bit.

When Lockheed’s design got accepted by the military, they delivered their first fully functional prototype $3.5 million under budget. That was back in 1955! This was a top of the line, top secret and extremely unique airplane and they managed to get it up and running in just a few years.