This Gigantic Monstrosity Was Britain’s Biggest Plane – Until This Happened 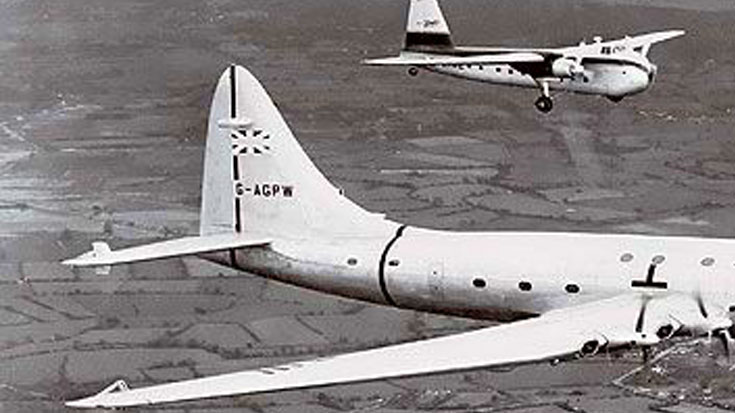 Following the end of World War II, the Allied Nations knew peace and the need for combat aircraft was greatly diminished. Now the rest of the world wanted to take the technology to travel so the need for commercial aviation was booming. This led to bigger aircraft that could carry the masses and the biggest plane Britain ever made, the Bristol Brabazon.

After WWII, American bomber planes could be converted to others uses such as airliners and cargo planes. However, British bomber planes could not make the same easy transition because there were designed only for combat. So the new era of commercial aviation in Great Britain had to be designed from the ground up.

The Bristol Type 167 Brabazon came about as a way to replace luxury ships which crossed the Atlantic. It was 177 feet long, with a wingspan of 230 feet, with room for up to 300 passengers. There were amenities such as a full cocktail lounge, sleeping quarters and even a movie theater built in for the patrons. The Brabazon seemed like the perfect way to leap into the booming world of commercial aviation, but it was not without its problems.

The first issue that arose was the fact that the Brabazon aimed to replace cruise ships for Atlantic travel. This wouldn’t be such a big issue it the rest of the industry hadn’t caught on to the jet engine while the Brabazon was still using propellers. Its maximum speed only topped out at around 250 mph while other jet-powered airliners could cross the Atlantic in as little as seven hours.

The Brabazon just wasn’t meant to be simply because it was the right plane for the wrong time. Had this been the early 1940s, it may have at a chance but in the Jet Age of the 1950s, it was a relic. There are a few more hiccups during the development of Britain’s biggest plane, you can check them out in this video by Mustard.