This Is For All The Corsair Purists Out There 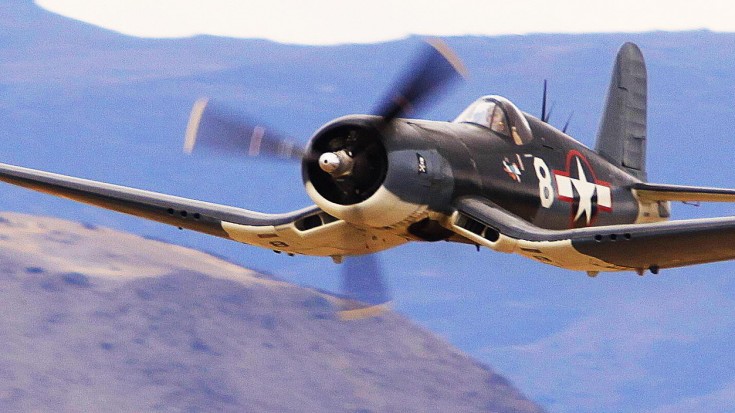 This adrenaline pumping footage is brought to you by the Historical Aviation Film Unit. Owned by the Old Stick and Rudder Company based in Hood Aerodrome, New Zealand, this is one unique Corsair. She was operated by the Royal New Zealand Air Force during World War II and is the only airworthy FG-1D Corsair as of this writing. The FG designation indicates she was manufactured by Goodyear, as Vought could not handle all their orders during the war. The 1D, which made it a Mark IV, was a Corsair variant with an even more increased performance.

The F4U-1D had a new water-injection engine that increased the already successful design’s power by 250 hp.

Since this is such a historical and rare variant, it’s no wonder it was put into the skillful hands of Keith Skilling. A proven pilot who flew for the Royal New Zealand Air Force for 34 years, Skilling became a New Zealand warbird foundation member in 1979. He has been flying various warbirds at numerous airshows in Europe and New Zealand and is a pilot of choice for newly restored aircraft that need testing.