This Is How NOT To Enjoy A P-51 Mustang Ride 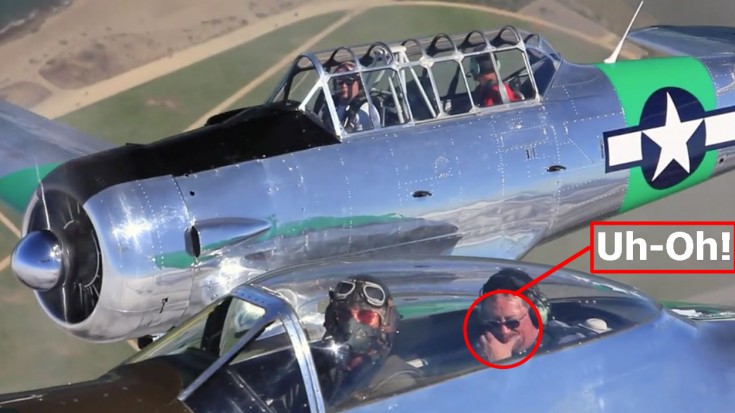 Many if not all of us have flying in our favorite warbirds on our bucket list. From Corsairs to P-51 Mustangs, even sitting in the back seat would be a honor and a privilege. Not to mention extremely fun.

In this video we have a couple of things going on. First, we have the beautiful Mustang Kimberly Kaye being filmed and photographed. She’s along side a T-6 Texan which adds to the beauty of the overall footage. That’s not what makes this video great though.

Behind the stick we have a man by the name of Tony flying the plane. Behind him is his friend, Will. Now, one of them is not having too much fun. Well actually, both of them probably as they’re both trapped in the same cockpit.

The videographer added some sound effects to the footage to make it ever funnier.

What we’re talking about is the constant puking by Will who’s the passenger. We can only deduct that he’s not good with flying as that bag is up to his face constantly.

To make this even better, the videographer by the name of Nigel Ellis took some creative liberties with his footage as well. He added puking sounds which is pretty gross, but honestly, it made it really funny. Let us know if you think so too!