This Is How You Uncrate A Spitfire And Put It Together 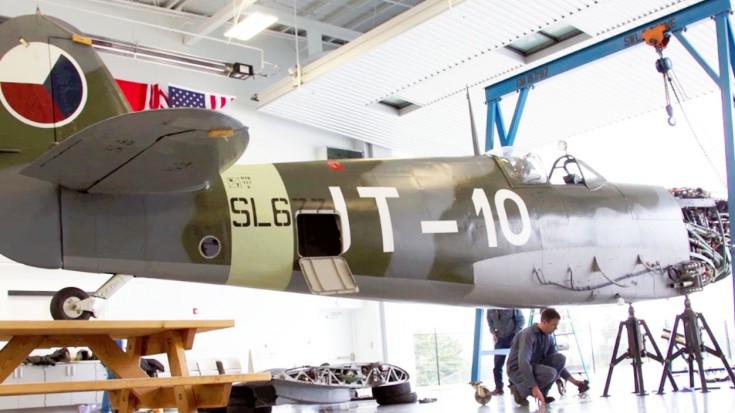 This Time Lapse Is So Awesome!

This special warbird was delivered to the luckiest guys ever. Located in Mukilteo, Washington, the Historic Flight Foundation got this restored Spitfire in a box back in 2007 and promptly began reassembling it. The video features some before and after pictures as well as an awesome time lapse of the mechanics putting this warbird together. After that, they fire her up!

The SL633 designation on the fuselage is the original RAF number given to this warbird, but it took 23 years to dig it up from different files!

This Spitfire was built at the tail end of World War II, but did not see any combat during the conflict. It was loaned to the Czechoslovakian Air Force and was later reassigned to Burma. On that flight however, her wheels didn’t extend and she was forced to make a belly landing, putting her in the shop for more than 4,000 hours in 1954. That’s when this Spitfire’s paperwork got lost, and her next few years are confusing.

Either way, eventually an expert by the name of Peter Arnold dug around for years and finally located the right information and the museum knew they had an original treasure on their hands. Good job everyone!

The assembly of Spitfire SL633 from Lyle Jansma on Vimeo.