This Is One Crazy Looking Mustang For Sure, But What’s Under Her Hood Is Even Better 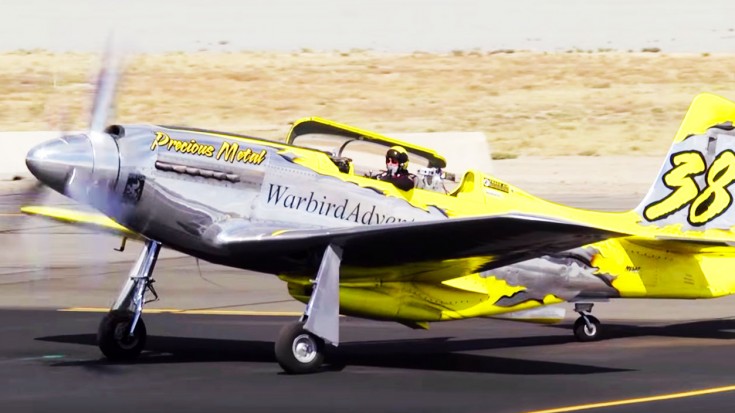 Air Racers Love The P-51s For A Reason

Meet Precious Metal, a truly one of a kind P-51 Mustang. Before you start thinking that someone ruined a perfectly good warbird, this Mustang was actually put together with spare parts from scrapped P-51s and some newly fabricated parts. It’s essentially a new plane built from the ground up. Her pilot? Thom Richard. A man who’s first word was ‘Spitfire’ and since then has clocked in over 10,000 hours flying anything that can fly.

As you can see, this unique Mustang has counter-rotating props which are powered by a Griffon, not Merlin engine!

This 3,200 horsepower machine was built in 1987 with one goal in mind. To make it the best racer out there. During it’s first race in 1988 however, the engine was blown and Precious Metal was put away for the next twenty years. In 2011, Thom Richard bought Precious Metal and restored her to the racer she is today. Over the next few years, she ran into some trouble with some parts of her malfunctioning, during one event forcing Thom to make a dead stick landing, which he executed perfectly by the way.