This Is The Craziest Airshow You’ll Ever See 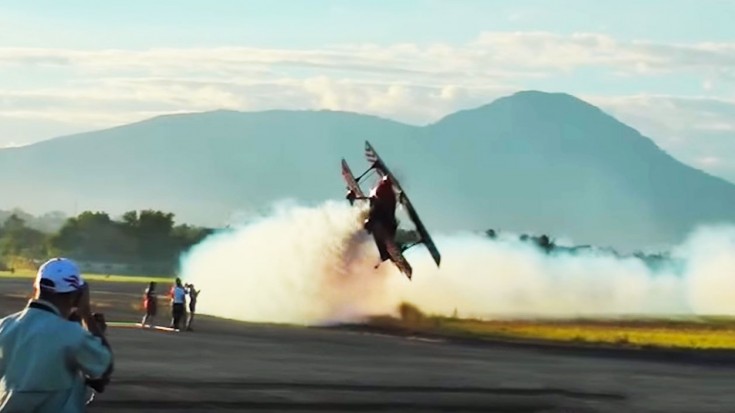 That’s Some Serious Flying Right There.

Welcome to the El Salvadorian airshow called Ilopango, a place where crazy stunts take place and FAA rules don’t apply. We’re not insinuating that safety should be thrown out the window, but after seeing this airshow you’ll see what some planes can really do but they just can’t stateside.

This video was definitely recorded by an American tourist, as during one of the flybys that was too close for comfort he clearly said, “holy $***” and judging by the flyby rightfully so. He managed to catch a bunch of souped up aerobatic biplanes as well as other stunt planes as well but we’re not going to list them all as it would be too much. Also, some of the night shots are amazing too because a couple of the planes had LED lined edges making a pretty spectacular effect.

Over the past couple of years the United States Air Force was making an appearance at this particular air show as well. You’ll get a nice glimpse of a B-1 Lancer as well as a C-17 Globemaster III as they were there in efforts to “foster good will between us and the El Salvadorian population, air force and military” according to an official USAF statement.

We’ll quickly point of that you might want to keep your eyes peeled about 5:30, as that stunt defies all gravity. Hope you enjoyed this as much as we did.