This Is The Most Heartwarming WWII Veteran Story Ever 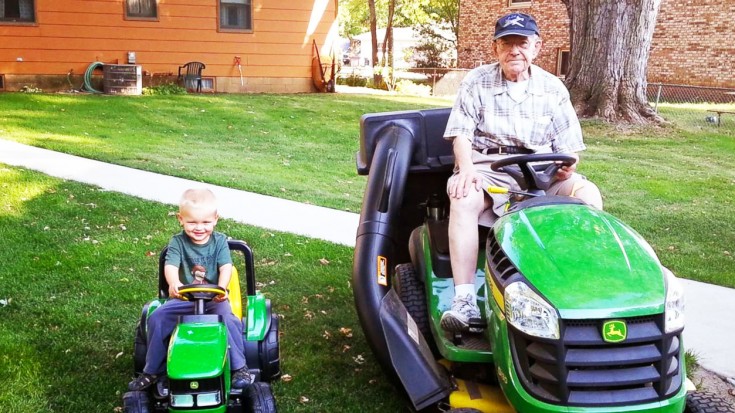 This Is The Best Thing Ever

Two neighbors in a small Minnesota town have lived next to each for over a decade. Other than an occasional wave or hello, they just respected each others privacy.

One one side was Erling Kindem, an 89 year old World War II veteran who was a radio operator on a B-24 Liberator in the European Theater. On the other was a the young Rychner couple who later had a son named Emmett.

Once Emmet turned two, he one day saw something in the old vets house he really loved. Tomatoes. Strolling over to Erlings yard, he was greeted by the kind hearted neighbor. The rest is history as they say. For the next months, they practically played together everyday.

From the occasional tomato feasts Emmett loved so much to racing tractors, these two formed a really special bond that was a win-win for everybody involved. Even during the winter they managed to get together as Erling took out his snowblower and made a path that joined the doors of both houses!

The Rychners did plan to have a bigger family however, and the friendship was cut short as the couple sold their house. In this video, you’ll see the emotional response of everyone, however, don’t be too sad yet.

We did some more digging and although the couple bought their new house separating these two by 16 miles, they still see each other from time to time. Emmett even gave Erling a present, as he and his family attended his birthday.

Now, how awesome is that?