This Is The Most INCREDIBLE Corsair/Lightning Clip Ever 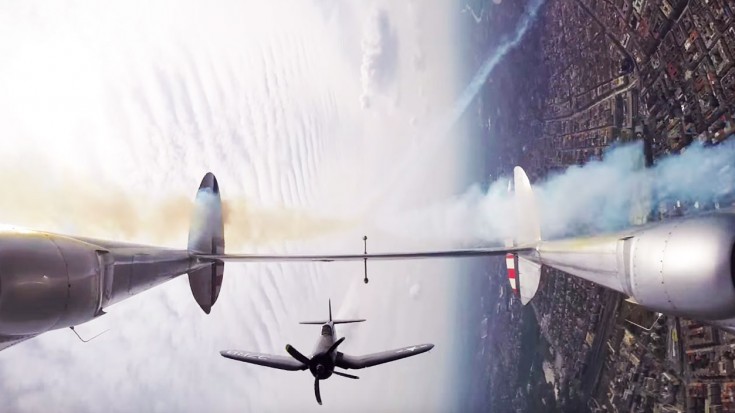 Corsair And Lighting Aerobatics At Their Best

In 2015, Budapest held an airshow featuring a wide variety of aircraft. From racing planes, stunt helicopters to World War II planes, it was a sight to remember. Sponsored by Red Bull, the World War II planes featured in this great video were purchased and restored by the company.

Although many people say that Red Bull’s logo plastered on the noses of these historic planes is disrespectful or _______ (fill your own adjective here), we try not to get into that.

What we care about is that two of our favorite World War II warbirds are back in the air, and also that they have a bunch of GoPros attached to them. Because of that, we can see this truly epic video from the best angles and with the best quality and sound.

In addition to these warbirds, they have also restored the North American B-25J Mitchell. Rescued from a U.S. aircraft cemetery, they performed a complete restoration and have revived this bomber to its current airworthy state.