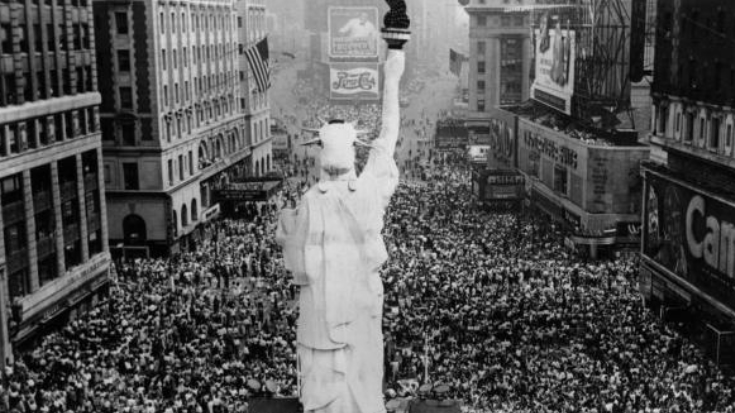 On August 14th, 1945 a message from Emperor Hirohito played over radio stations announcing the formal surrender of Imperial Japan. All across the United States, people celebrated their victory over the fallen Axis Powers as the world would know peace once more. However, as the years have moved on only out of 50 American States only one celebrates August 14th as a national holiday.

It may come as a surprise that Rhode Island is the only American state that continues to celebrate Victory Day. Not to be confused with V-J Day (Victory of Japan Day) on September 2nd which commemorates the formal surrender, but Victory Day when the surrender was announced.

“[Rhode Island] the only state in the union that voted to make V-J a legal holiday.”

Other states had similar holidays but stepped back away from them over the years. Mainly this was due to closer economic relations between Japan and America, and such celebrations made Japanese citizens feel uncomfortable.

“Because I am Japanese, I have always felt uneasy about going outside on that day. I think it is nice for people to have a holiday, but they should call it something else.”

An estimated 10% of Rhode Island’s population served in WWII and the state served as a major Naval port. Although residents advocate for the term “Victory Day” rather than “Victory over Japan Day” as not to offend relations with Japanese Americans.

“If this holiday had indeed been meant to celebrate annually the subjugation of one nation by another, and if indeed the holiday were officially Victory over Japan Day, then the pleas to change the name of the holiday would be justified. Such is not the case.”

Where do you stand on the issue? Should Rhode Island continue to celebrate Victory Day or should it be put into the past like other states did?