This Is What Happens When You Drink And Fly 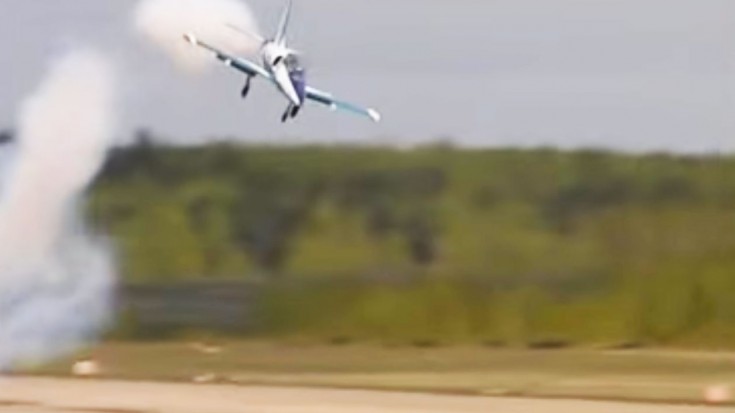 This Of Course, Was A Joke!

The reality is that if you drank a bunch and went out flying, you’d probably have a difficult time just taking off. If you actually did, that’d most likely turn out to be a spectacular disaster. Thankfully, this was just a well choreographed stunt, but once you see it you will be duly impressed.

Let us be clear here. This pilot was obviously not drunk, just pretending to fly as if he was. We don’t want to start any crazy discussions.

Flying a well known L-39 Albatros, this pilot is no stranger to aviation. Going up and down missing the ground by feet every time, you’d think the plane is out of control. Quite the contrary as a matter of fact. Every movement was carefully planned and by the looks of it, practiced for hundreds of hours.

As for the Albatros, it’s is one of the best planes to do this stunt with. Developed by Czechoslovakia, it entered service in 1968 as a high performance trainer aircraft. It has since been used as a trainer by over 30 air forces around the globe, thus becoming one of the most widely used trainers of all time.

The message here is simple though. Don’t drink and fly for real, because it doesn’t really make you a better partner.