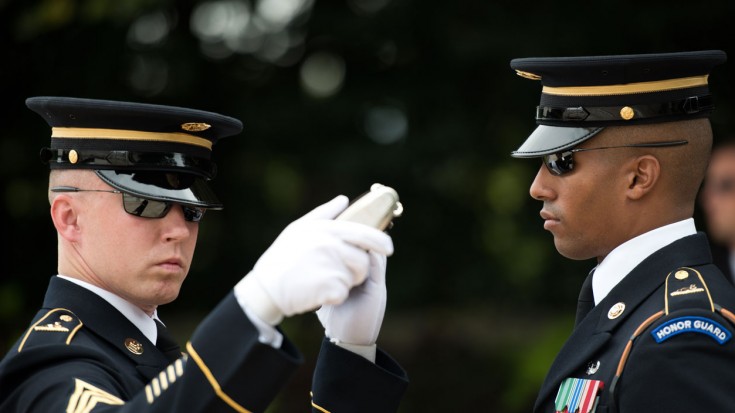 The Tomb of the Unknowns is a really special place that deserves the utmost respect when visited. Unveiled in 1921, this monument is dedicated to service members whose remains could not be identified, including those who served in World War I, World War II, the Korean War and the Vietnam War.

As you can imagine, the emotional weight such a monument carries is tremendous. Honoring soldiers this way is beyond a doubt one of the most respectful things you’ll ever see which is also why it is guarded 24 hours a day, 7 days a week regardless of weather.  Acting in a respectful manner is something that just feels right to do when you’re there.

Some people don’t, however.

As you’ll see in this video, some guys who were visiting the site were not only loud but also started laughing. Not sure why, but there is nothing funny about being in that place. If it was a joke, that’s certainly not the place for it.

In order to keep the serenity of the place, the guard stepped off the mat and directly, forcefully yet respectfully told them to shut up. Maybe not in these words, but that’d be what should have been said. See how he handled the situation for yourself.