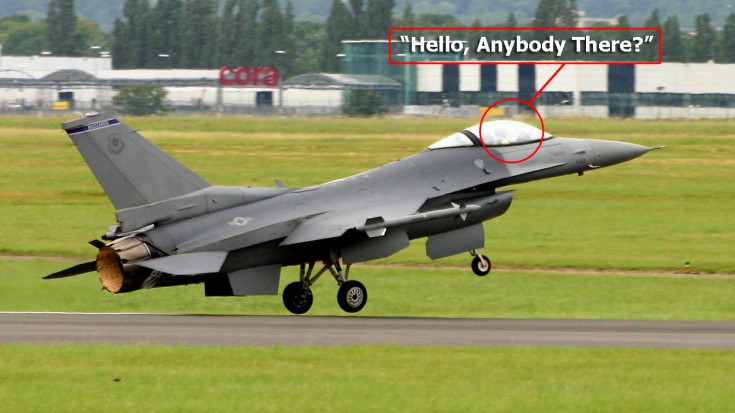 When thinking of aircraft, we typically think about aerodynamics, flight controls and nowadays the software that runs them. You’ve got advancements in high-tech alloys and technologies which most of us have no idea about, but sometimes accidents happen due to the most rudimentary equipment.

During 2011’s EAA AirVenture airshow, spectators witnessed a spectacular display of warbirds from all decades. As always, the Air Force was there to show what they can do, but this time around a minor malfunction led to one of their F-16s being severely damaged.

According to the Air Force’s subsequent investigation, they deferred that the F-16’s environmental control system broke and fogged up the jet’s cockpit to a point that the pilot couldn’t see a thing. In addition, it was said that the pilot landed too fast and didn’t deploy his aerobrake in time which increased his landing distance. Both of these factors made the jet run off towards the end of the runway.

The front gear broke off as the jet rolled into the grass and nosedived, subsequently coming to a violent stop. The pilot however was fine as you’ll be able to see him get out of the cockpit and run to safety but the plane spent some time at the shop.