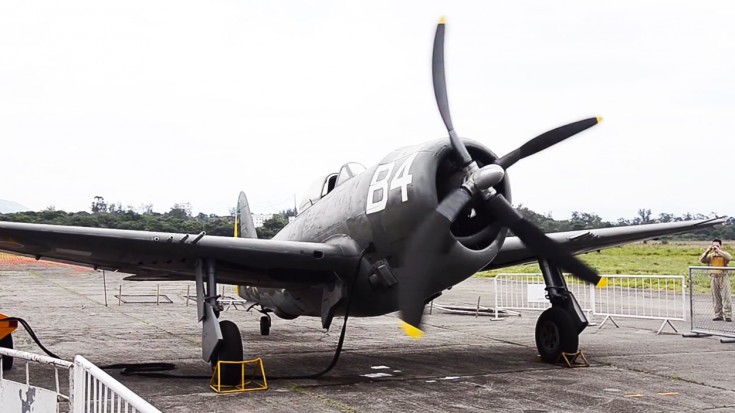 A reliable and efficient fighter-bomber, the P-47 Thunderbolt first took flight in the mind of Alexander Kartveli only to be manufactured later by Republic Aviation, a company based in Long Island. The real tests came soon after, in May of 1941 and then June of 1942, when the U.S. got involved in Europe.

Its maximum takeoff weight was well over 17 thousand pounds, almost 8 tons, all of it lifted by the power of the Pratt and Whitney twin row radial engine that later went inside the fuselage of other Republic prototypes. With a length of 36 ft and a wingspan of 40, the P-47 was mounted with no less than eight M2 Browning 12.7 mm machine guns (four on each wing) and had the capacity to store two and a half thousand pounds of bombs.

Although fitted with a single engine, the P-47 Thunderbolt remained able to take serious punishment and still land safely. It acted both as a bomber but also as an escort plane for B-29’s as the war went on, taking out over seven thousand enemy aircraft by itself. Its sturdiness recommended it and other countries, such as Brazil, England and even the Soviet Union began to use it also.