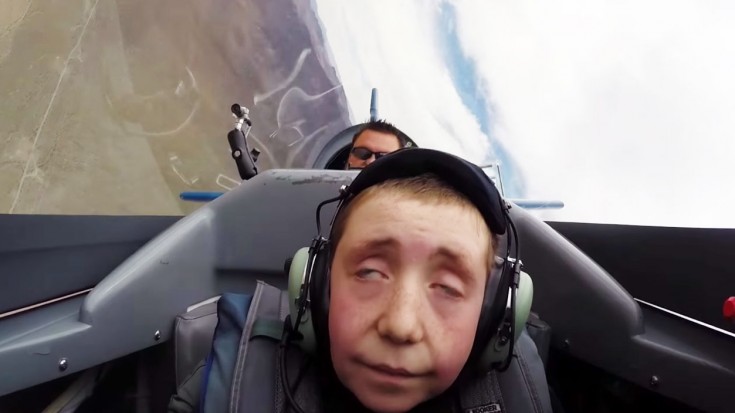 Coolest Kid On The Block Or What?

This is Alex. Deducing from the Youtube channel we found him on, he’s probably around 12-13 years old. He’s also the coolest kid we’ve ever come across on the internet, especially when it comes to aviation. Before you see the video you should also know this about him.

When he was just 7 years old, he was in China and did something equally awesome if not better. He jumped off the Macau Tower which is the highest tethered “skyjump” in the world. Looking down 746 feet, he said he was a bit nervous but did it anyway. Then again, he was 7 years old! It is possible that he simply doesn’t have fear built into him which might explain the next video.

Who knew G-loc could be a pleasant experience?

Fast forward about five years. This little man became a passenger on an Extra 300LC. This award winning aerobatic plane boasts 300 hp and is able to take up to 10 Gs, something that Alex was going to experience (almost.)

This fearless kid went on that plane like it was nothing and enjoyed every minute of it. By our opinion an adrenaline junkie already, he was not even phased when he got G-loc. He just woke up with the biggest smile on his face and started laughing.

Major kudos to you little man!