This Little Mine Had A Gruesome Way Killing Entire Squads 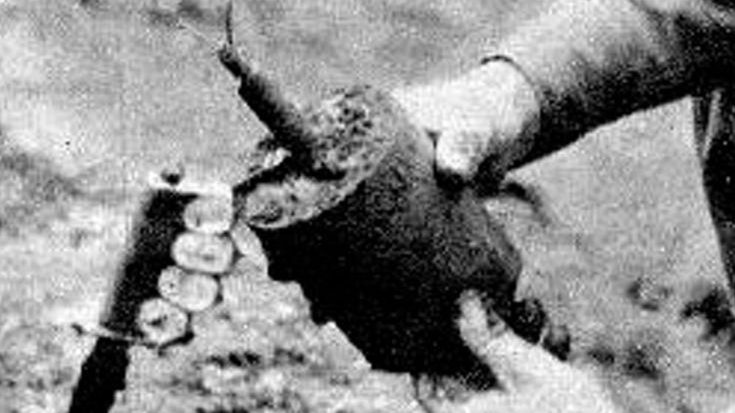 Deadly to the touch couldn’t be a more accurate statement when it came to the German S-mine. This small land mine was only 6 inches tall but had a horrible impact on any troops who took a wrong step. A bounding mine that blasted over 350 pieces of shrapnel could tear through an entire squad of infantry units.

S-mines were first used against French troops and had a strong presence that it prompted France to abandon their campaign known as the Saar Offensive. When American troops first encountered them they were dubbed the Bouncing Betty during the invasion of Normandy.

“Once the Bouncing Betty was set off, the mine would be fired up into the air between 2ft 11 inches and 4ft 11 inches in the air using a propellant charge. Less than a second later, the main charge of the S-mine would detonate and severely injure or kill anyone in the immediate area of the mine. Surrounding the mine was approximately 360 steel balls, scrap metal pieces, or short steel rods. These pieces would be propelled at high velocity out from the mine.”

The bouncing better doesn’t look like much, but once you see it go off you’ll be cautious of where you step. The professionals at Weaponology go into the history of his hideously powerful mine in this clip.