This Midair Collision Was Caught Live 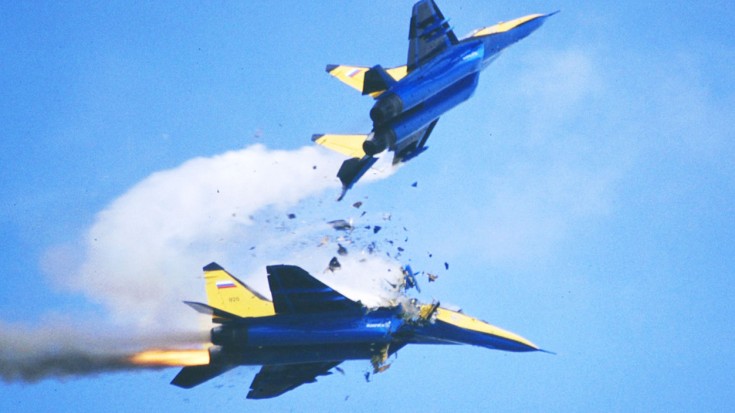 Take a step back in time and witness one of the most spectacular airshow crashes of all time. Not that we enjoy planes being destroyed in a matter of seconds, but they are crazy to watch nonetheless. Plus, no one got seriously hurt which is the main thing.

The year was 1993 and two MiG-29s were flying at the International Air Tattoo in Fairford, Britain. Everything was going according to plan, if not better, as almost a quarter of a million people gathered to watch their favorite planes. This in fact was one of the biggest spectator events ever in Britain.

Two Russian pilots were performing aerial maneuvers like they’ve practiced them a million times, but all of the sudden they collided. As one jet was supposed to cut the path of the other, they simply got too close and one of the plane’s wings struck the other’s fuselage.

What is amazing about this as you’ll see is that the wing struck right behind the cockpit and cut the MiG in half. Any closer and this would have been a tragedy.

We’ll let you see the footage yourself, but know that both pilots ejected safely and suffered minor injuries including a dislocated jaw and a minor back injury. They were released from the hospital the same day.