This P-51 Low Flyby Is Awesome, But The Guy’s Reaction Is Priceless 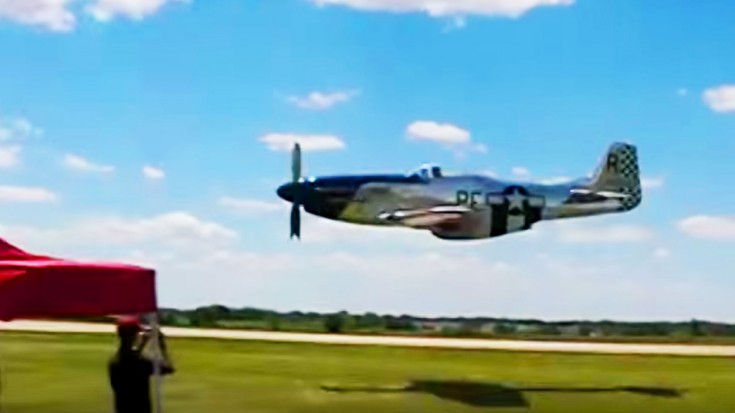 Honestly, The Flyby Does Justify His Reaction

Nothing makes us happier than fast, low flybys and we’re always really excited to see them. This guy however, was really, really excited. His laughter is actually pretty amazing and makes this video that much better. Also, for those of us who have never been buzzed by a P-51, this might just be the standard reaction, we just don’t know it yet.

This P-51D is named Excalibur and has survived one bad crash which called for a complete overhaul.

This footage was taped by a spectator attending the Quad City Air Show in Iowa. As you’ll be able to tell, these guys are really into showing off in front of spectators, flying within feet of the ground. Although this flyby was really fast, we’ve deducted by its markings that it is Excalibur, a P-51D built under the construction number of 124-48293. Although her history is spotty, her registry shows that she crashed upon take-off in 1966, and was rebuilt in Chino, CA almost ten years later. Now, she’s owned by Jim Reed and based at the Indiana Aviation Museum.