This P-51 Mustang and Spitfire Fly Together CLOSE 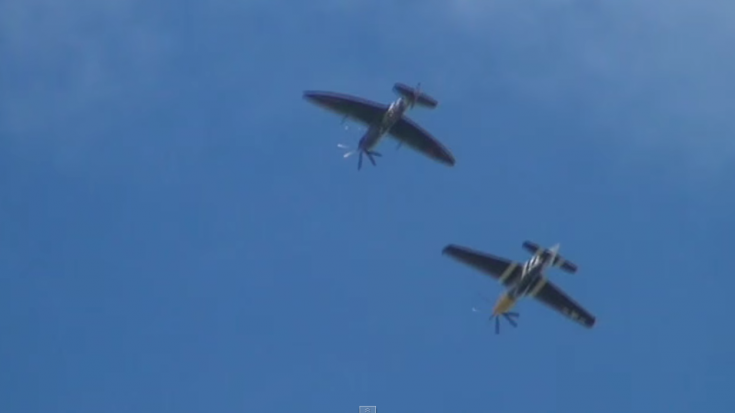 The Supermarine Spitfire was the most popular British military aircraft during World War 2 and many years after the war concluded. Mainly flown by the Royal Air Force, the Spitfire was also used by many of the Allies. Designs and many variations have been made since the early 1930’s, but a version closer to the demands of conflict only came out in 1938, in Southampton.

The Supermarine Spitfire reached iconic status after the Battle of Britain, in which the British fighters registered impressive kill ratios with minimal losses. But the Spitfire’s purpose wasn’t only to shoot down Luftwaffe opposition. After WW 2, many of the planes were used for reconnaissance and photography. 55 of them survived to this day, some ready to fly, others located in museums around the world.