This RARE Restored French Corsair F4U-7 Flies Like A Champ 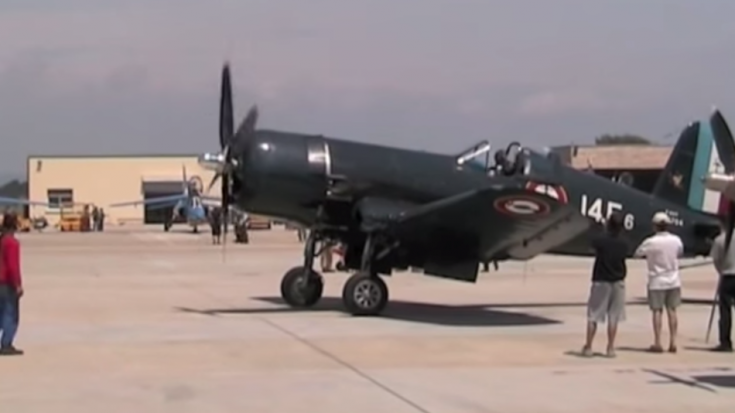 This French Navy Corsair Is Having Fun!

The Chance Vought F4U Corsair was first introduced in 1940 to the United States Navy with the final model being delivered to the French in 1953. It was the longest produced piston-engined fighter in U.S. history! This fighter aircraft was used by most of the Allied forces during World War II and had an impressive kill ratio of 11:1.

Second Lieutenant Kenneth A. Walsh, a Corsair Ace who got 21 kills during the war said:

I learned quickly that altitude was paramount. Whoever had altitude dictated the terms of the battle, and there was nothing a Zero pilot could do to change that-we had him.

This true identity of the Corsair you’ll see in this video is BuNo.125541 and was originally handed to the U.S. Navy. Although its entire fighting career is not known, the last recorded flights were in the Korean War in the 1950s. She was taken out of active service in 1966 and after about 30 years of storage, was purchased by the French foundation association Française d’Avions Historique. Restored for 6 long years, she was covered to an F4U-7, the type used by the French Navy. After having her engine replaced with the P&W R-2800-CB16, she flew for the first time in 2000 and is now owned by Meier Motors in Germany with the markings BuNo.133704 of Flotille coded 14.F-6.