This RC B-25 Mitchell Is So Much Fun-You Have To See This! 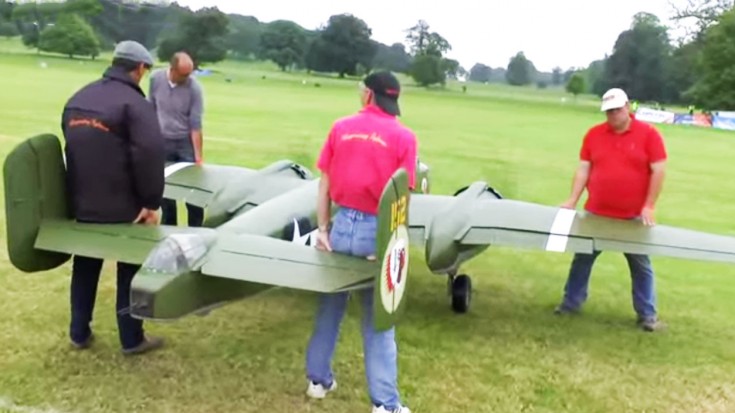 These Hobbyists Take Their Work Seriously!

To start off lets look at why the B-25 is such a great plane. Introduced into the war in 1941, it was implemented into most of the Allied air forces. Built as a medium bomber, the Mitchell could carry up to 3,000 lbs. of bombs, eight high velocity aircraft rockets and 2,000 ventral shackles for an external torpedo. Like the B-17, the Mitchell could also take a beating. One famous B-25C of the 321st Bomb Group was nicknamed ‘Patches’, flew over 300 missions and got hit more than 600 times, yet kept on flying. Maybe this is one of the reasons these guys like the plane so much.

Check out some of the specs of their build:

This footage was taped in Weston Park, Shifnal, England in 2014. The entire air show is simply awesome, and if you look closely, you can even spot a couple Messerschmitt Bf 109s and a mini CJ! This looks like so much fun!