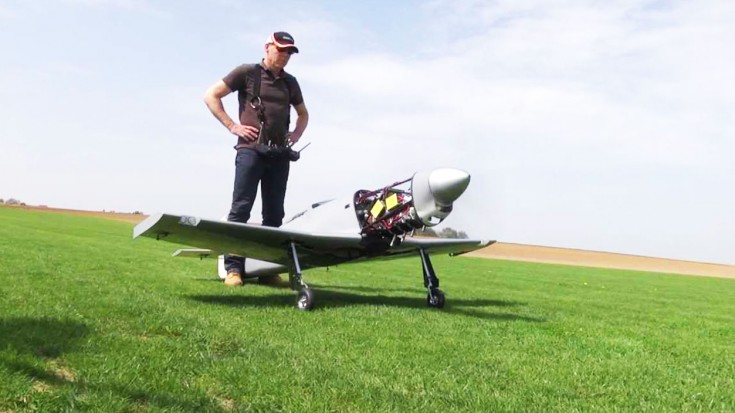 We’ve shown you this Rc P-51 Mustang Galloping Horse before, but in this video, her owner opens her up as much as he can. It’s fast, it’s impressive, and it sounds like a scaled down real engine for sure.

Piloted by Otto Wildroither, this Rc Mustang has a wingspan of over 7 feet as it’s a 1/4.5 scale model. As for what’s under her hood, she sports a 310 cc 4 cylinder-4 stroke engine.

Galloping Horse weighs about 54 pounds and is hella fun to fly!

Modeled after a real air racer by the same name, Otto did a wonderful job with both building her and making her sound to scale. The original plane was a legend, as is this Rc in our opinion.

The real Galloping Ghost was built in 1944 but came in slightly too late to see any action during World War II. Becoming surplus after the war, it was sold for about $3,500 U.S.D.

Yes, you read that right. Back in those days when these birds were surplus you could snatch one up for that price. Calculating in inflation, you’re looking at about $45,000 in today’s currency. If you don’t know, P-51s today go for over $2 million if you’re lucky.