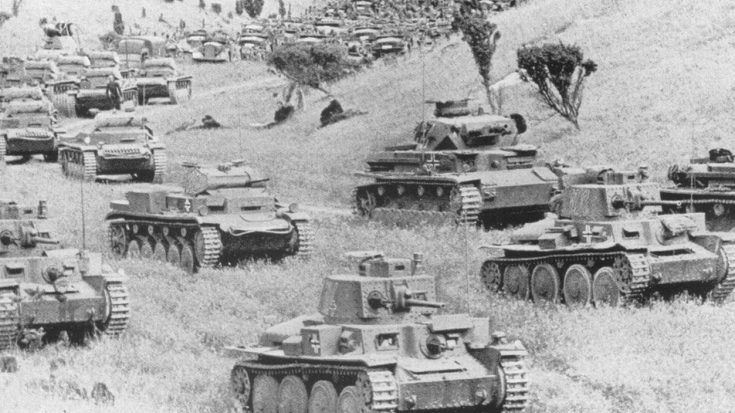 On September 1st, 1939 Nazi Germany invaded Poland with a huge force of tanks and swiftly overtook the country. Their tanks quickly swept across Europe and even managed to dominate France, despite their larger army as well as their superior tanks and artillery. In reality, German forces were clearly outmatched by the French army but still managed to coordinate a victory thanks to a very simple device, the radio.

It seems that being able to coordinate a small force of tanks proved to be more effective than having superior numbers. Staying in communication with other units to focus on weak areas and summon others heavy vehicles to their location when threats arose.

German tanks divisions were led by Heinz Guderian who an innovator in the world of motorized combat. Prior to leading tank divisions Guderian was a communications officer and placed and emphasis on radio integration into German tanks.

“Using his background in wireless communications, Guderian realized the importance of radio for communicating between divisions and as they moved rapidly into enemy territory. As Guderian developed his military theories, Germany experienced political upheaval that would change the world.”

In the end, it is not about having the best weapons and technology but how you use them in battle. Weaponology provides further insight into the tactics used with tank-based radio communication and how it led the Germans to victory during the Blitzkrieg.