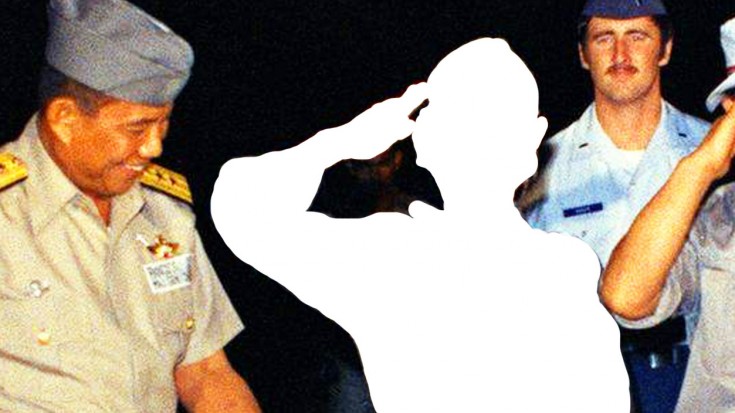 If You’ve Never Heard Of Him, Get Ready For An Incredible Story.

When first hearing of this, you’ll probably think it’s the craziest thing you’ve ever heard. Upon closer inspection however, try putting yourself into the shoes of this soldier and what might have been going through his head over the years. If you do that, this story might make more sense.

Hirô Onoda was a Japanese soldier who enlisted in the Imperial Japanese Army Infantry at the age of 18. After training as an intelligence officer, he was sent to Lubang Island in the Philippines with the orders to disrupt any enemy (American) activities to hinder them from taking over the island. His instructions also clearly spelled out that he was never to surrender and if need be, take his own life before being captured. Such was the Japanese way. Before departure however, his commanding officer clearly said, “whatever happens, we’ll come back for you.” 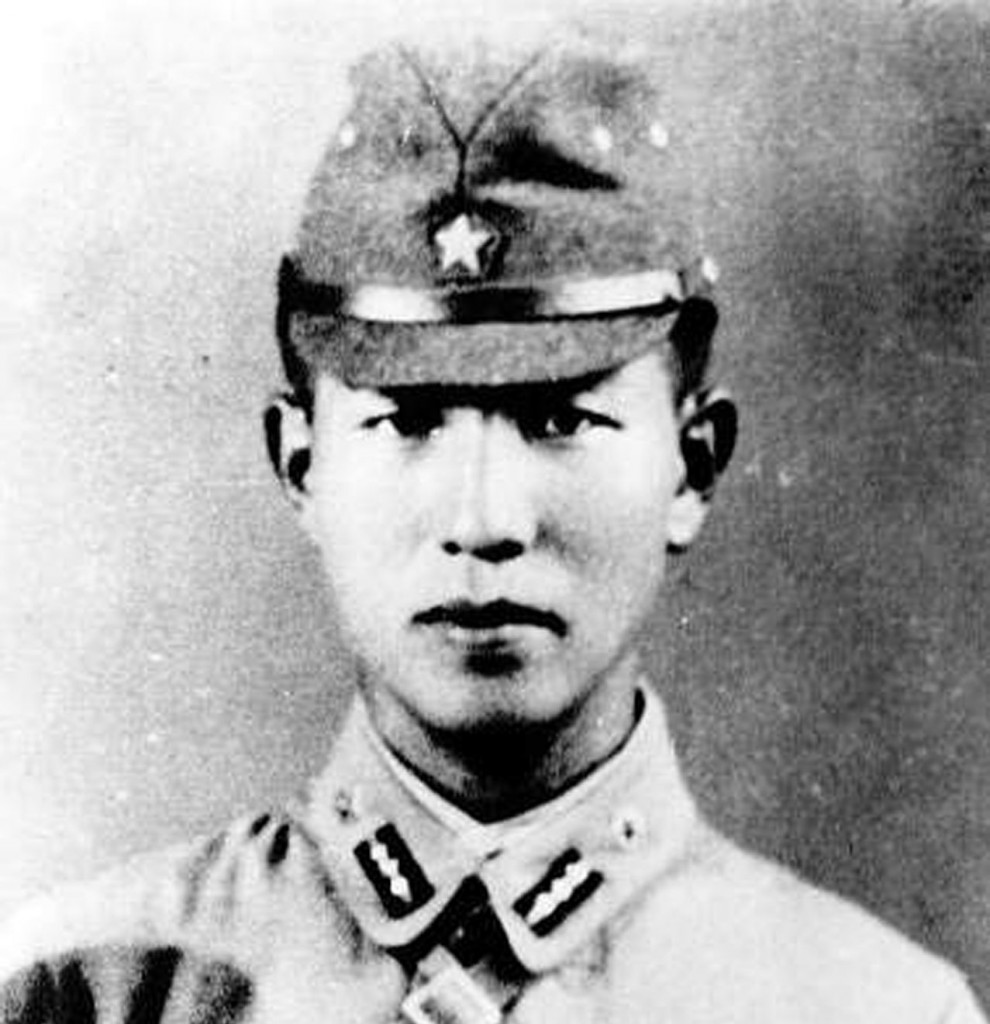 This is the young man who refused to give up and awaited his orders.

Meeting up with others on the island in 1945, he was soon one of only three other soldiers left when U.S. and Philippine Commonwealth forces took over the Island. At that point he and Private Yūichi Akatsu, Corporal Shōichi Shimada and Private First Class Kinshichi Kozuka went up into the hills while resuming to carry out guerrilla tactics against their enemies. This happened for the next 29 years!

In October 1945, one of the soldiers found a leaflet that proclaimed that Japan has surrendered and for them to come down and surrender as well. After a brief discussion, they concluded that it was just Allied propaganda that was meant to trick them into coming down. This was reaffirmed with the rationale that Japan would never surrender in such a short period of time. This would be true in a regular sense, however, they did not know that the U.S. dropped atomic bombs to get their homeland to give up. They actually had no concept of nuclear weapons at that point.

Over the year, B-29s flew over the islands dropping more leaflets from the Japanese General himself, ordering any remaining men to come down from hiding. These too were dismissed as Allied propaganda. Over the next three decades, the men drank coconut milk and ate bananas, sometimes killing cattle belonging to local farmers. Also, figuring out the island’s inhabitants were with the Allied forces, they engaged them when they could. They burned farmers’ rice piles in order to limit their supplies of food, but things did get much worse. Over those three decades, Onoda and his troop killed over 30 Filipinos deeming them the enemy.

Over the years, one of the soldiers surrendered in 1949 while the others were killed by local police while continuing their ‘disruptive’ behavior against ‘the enemy.’ In 1972 after a shootout with the police, Kozuka was shot and killed leaving Onoda by himself for the next two years. 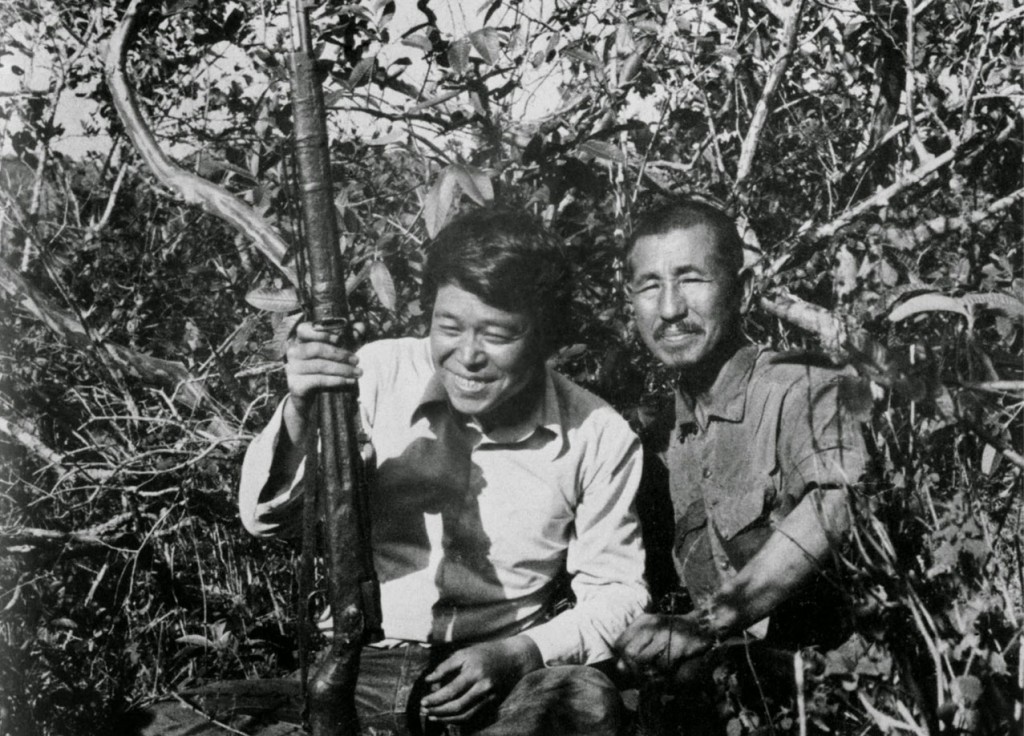 The iconic photo of Suzuki and Onoda as proof that he found him.

On February 20, 1974, Onoda had his first contact with another human in years. A man by the name of Norio Suzuki was traveling looking for “Lieutenant Onoda, a panda, and the Abominable Snowman, in that order.” Yes, you read that right. He did accomplish his firs mission and befriended Onoda, subsequently trying to explain to him that the war has been over for years and he should come down. Onoda politely refused, saying he would only come down if a higher ranking officer would issue the order.

Returning to Japan, Suzuki managed to find Major Yoshimi Tanguchi who was the man that originally promised Onoda he will come back for him. Hearing of this, Major Taniguchi flew to Lubang on March 9th, 1974 and officially relieved him of duty. Onoda officially served from 1940 to 1974. 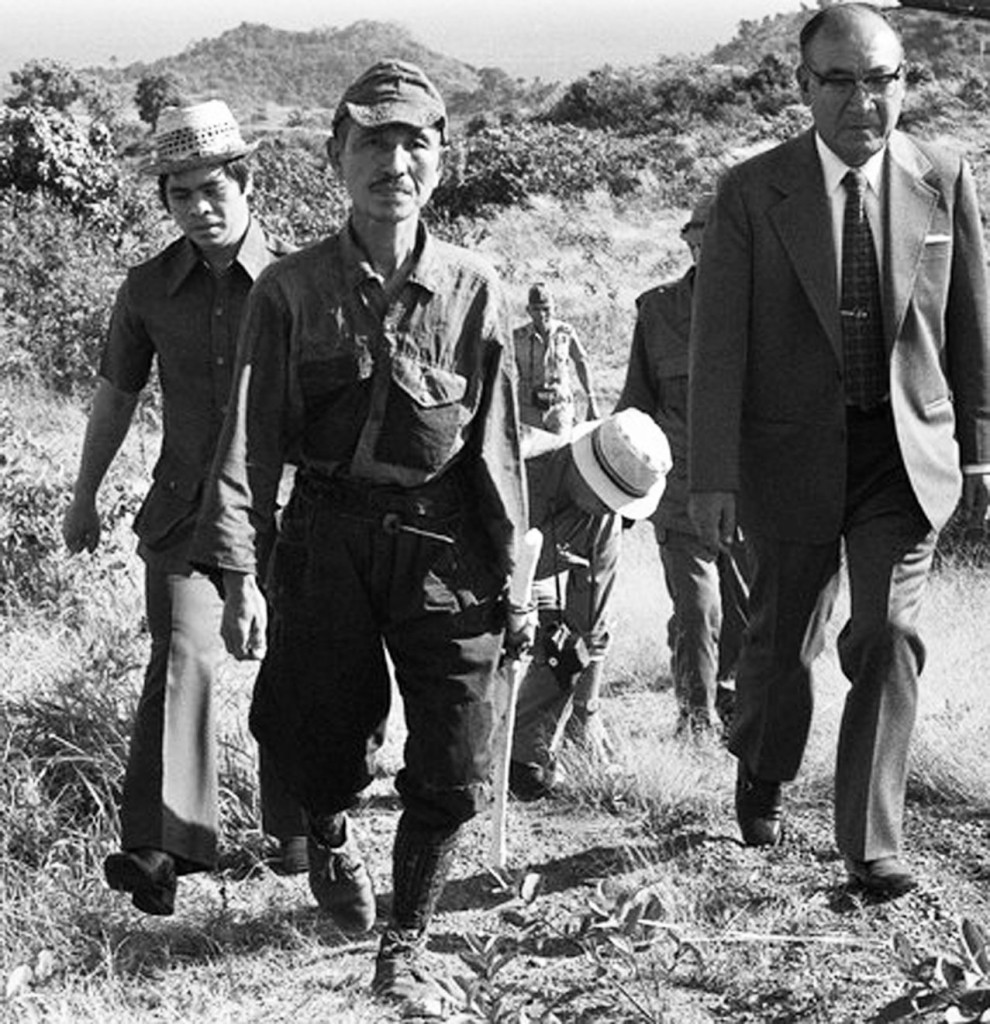 The legendary moment when Onoda finally surrendered and walked off the mountain.