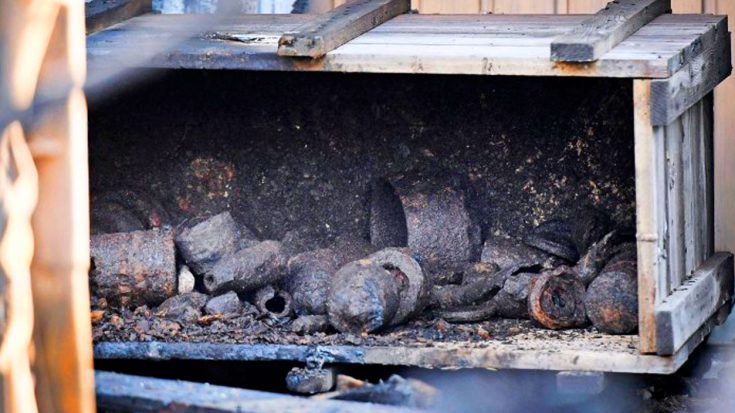 The police in the city of Hennef, Germany were called in after a series of explosions brought chaos to a neighborhood. The garage of the West German home belched smoke as blast after blast raged throughout the residential area. The reason for the explosions was caused by a collection of WWII-era hand grenades.

The 51-year-old homeowner had some explaining to do and some major cleanup after the detonations went off. It turns out that he had purchased a set of WWII grenades at a flea market and stored them in his garage for safe keeping. Grenades aren’t likely to go off by themselves, however, the summer heat intensified and caused the grenades to blow up.

Bomb squads were called in to detonate the remaining munitions to prevent further explosions. Although no one was injured during the incident the owner of the collection is now under investigation for weapon law violations due to their strict laws. This video clip shows a demonstration of the lethal explosive power of German weapons in this archival film.