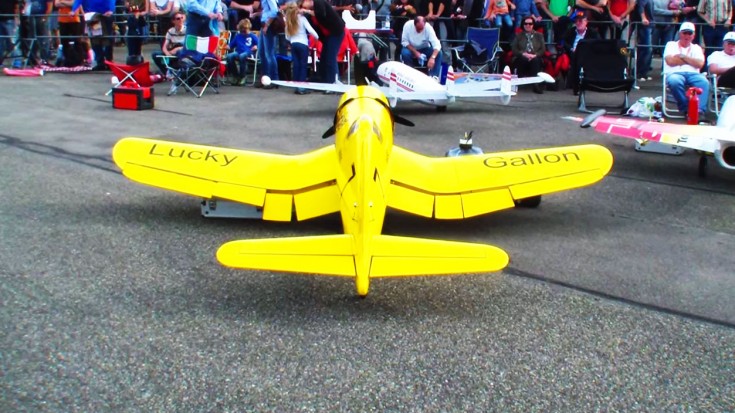 Saying That This Looks Fun Would Be An Understatement!

The F4U Corsairs were fantastic fighters during World War II, so it’s no wonder that aviation hobbyists pick up RC flying with them. This Corsair is massive and from the sound of it equipped with a Moki 400 engine, meaning, it sounds pretty great. The yellow color, which seems odd at first, is actually pretty neat as it stands out from the green and blue background, letting us appreciate her aerobatics.

The United States Navy counted an 11:1 kill ratio with the F4U Corsair, making it one of the best World War II fighter planes

The Corsairs were built by an American firm called Chance Vought, which during that time experienced tremendous growth and innovation. Over 12,000 of these planes were built, serving in most of the Allied air forces. Fitted with a powerful Pratt & Whitney R-2800 Double Wasp engine, it became the the longest produced piston-engined fighter plane in U.S. history. After 1944, the Corsairs served faithfully during the Korean War, almost exclusively as a fighter-bomber.