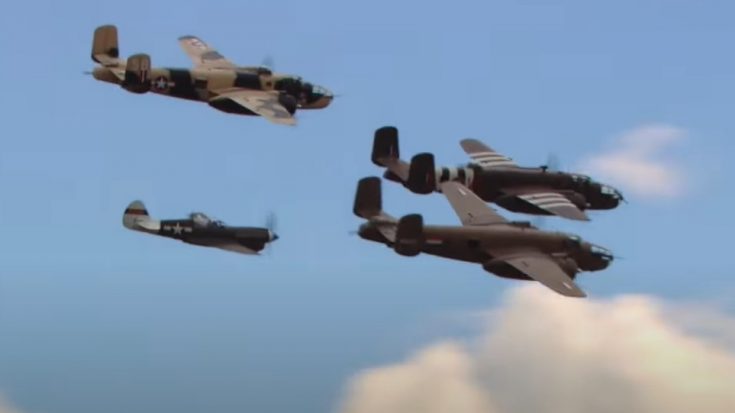 Take a look at these three B-25 Mitchells flypast at the Flying Legends Airshow at Duxford in the UK. The video provided also had in-cockpit minicam to show how pilots fly the incredible aircraft.

The North American B-25 Mitchell was introduced in 1941 and was named after Major General William “Billy” Mitchell, an aviation pioneer and famous Army Air Corps general from 1920s to 1930s.

The B-25 has proven itself to be a capable anti-shipping weapon and sank many enemy sea vessels of various types. It was used in many roles besides bombers, including as submarine patrol, trainers, reconnaissance, and gunships.

The B-25s flew operationally during Word War II in Alaska and in the Mediterranean Theater. Check out the video below and see the amazing flypast of three B-25 Mitchells. You can also hear the great engine sounds these planes create.