Throaty Startup Of The Only Airworthy P-35 In The World 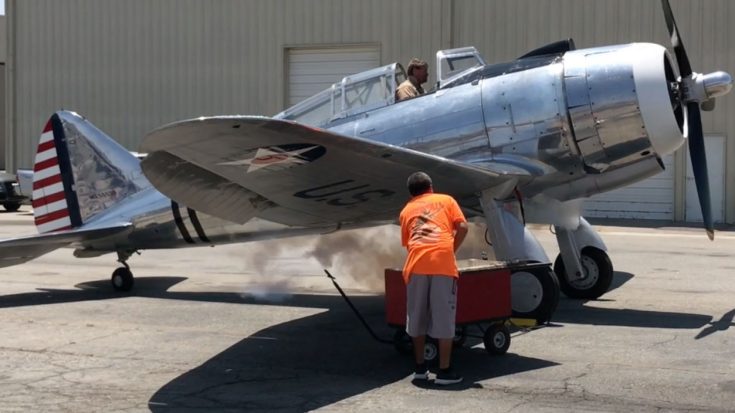 Here’s Something You Don’t See Everyday.

We were lucky enough to make it out to the Planes of Fame Museum in Chino, California in July 2017. Although they sponsor one of the most epic air shows annually, every other weekend or so they start up and fly one of their aircraft.

This weekend, they fired up the good ol’ Seversky P-35 fighter.

Although not know by many aviation fans as it was obsolete by the time they ready to be delivered to the United States Army Air Corps, it was quite a significant design which later helped build the P-47 Thunderbolt (which we ALL know). It was the first American plane in the United States to have full metal construction, retractable landing gear as well as an enclosed cockpit. Prior to it being built in 1935, all U.S. fighter planes were two-seaters with an open cockpit and were typically bi-planes covered in fabric.

As for the powerplant which you’re about to hear, they were built around the Wright R-1830-45 Twin Wasp radial engine. This gave the plane enough power to reach a top speed of 290 mph as well as to carry up to 350 lbs of bombs.

Just under 200 of these planes were ever produced and as of 2017, this is the only airworthy one in the world.